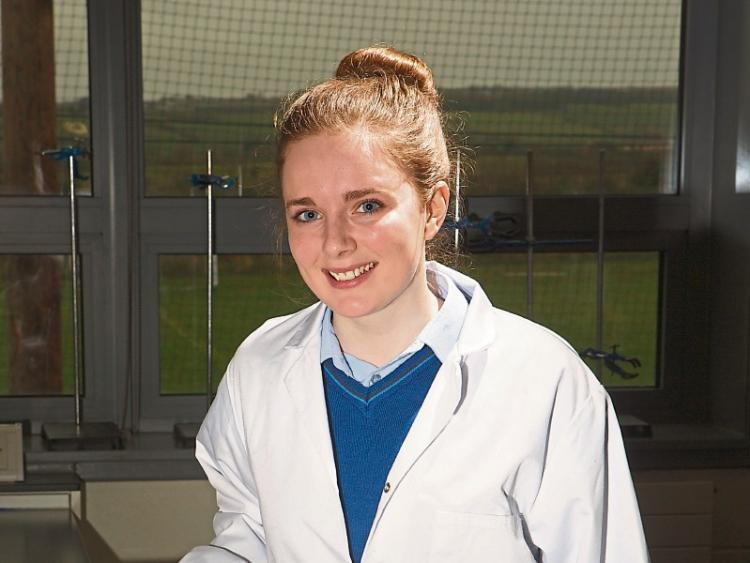 AN ABBEYFEALE student has emerged as one of the rising young stars in Irish science, having won silver at the European Science Olympiad held in Estonia last week.

Emily McCarthy was the only girl  among the six students representing Ireland at the Olympiad. Emily, along with Dublin students Lang Yi and Darra Glynn, was on Team A Ireland, faced off a challenge from  almost 50 teams from 23 other countries to win silver. But, happily,  Ireland’s second team, also brought home silver medals.

“I’m so happy,” said Emily who was back at school in Colaiste Ide agus Iosef in Abbeyfeale this week. “It has been a really great experience.”

Emily’s journey began last autumn when she was one of 300 students from all over Ireland invited to take part in the Irish European Union Science Olympiad. This invitation, she explained to the Limerick Leader, was based on the students with the highest combined marks in Maths and Science in the Junior Certificate.

“I wasn’t expecting anything,” Emily explained. “I just went and did it and was ready to go home.” But she discovered she had won a silver medal for biology  and along with  the other medallists across biology, chemistry and physics, she was called back in January to do two days’ training in  DCU.

This was followed by a three-hour exam and Emily emerged, along with five male students, as a member of the Irish contingent.

Emily and her mother Lesley travelled with the other contestants and mentors to Estonia for the European Olympiad which took place over last week.

They started out in Tartu, Emily explained where there was an opening ceremony and where the competition took place over two days.  For each four-hour exam, she continued, each three-person team was given a problem to solve, which involved biology, physics and chemistry.

“It was,” Emily said, “the hardest exam I have ever done.”

But some more light-hearted excursions were also built into the schedule and the final days of the trip, as well as the closing ceremony took place in the Estonian capital of Tallin. And it was all capped by the winning of the silver.

“We are over the moon,” Emily’s science teacher Adrienne Rock said after the star pupil had returned to school. “She is a fantastic girl. It’s a fantastic achievement.” Emily also thanked Maeve Tierney and Gerardine O’Connell, her maths and science teachers at Junior Cert level.

But is science now going to be Emily’s chosen career path? Especially as her older sister Hannah is a biology graduate and teacher?

Emily is the daughter of Eamonn and Lesley McCarthy from Crag, Abbeyfeale.