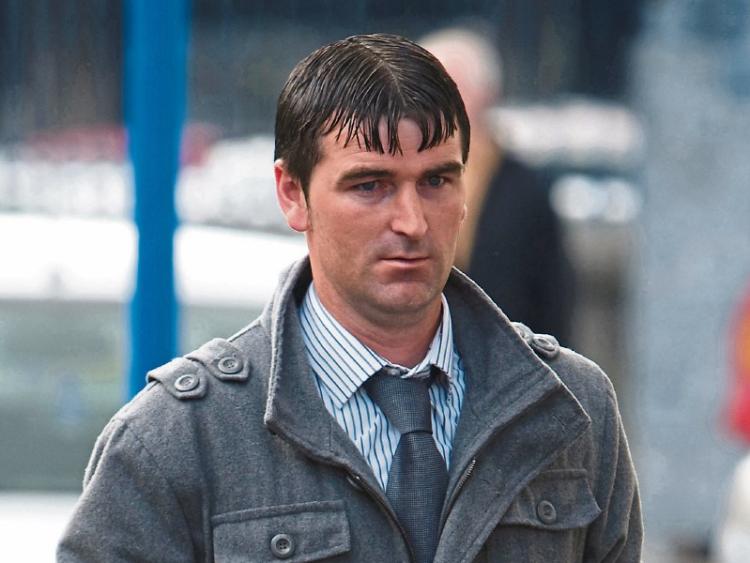 Michael Harty, who is now aged in his 30s, was jailed for five years in 2013 and banned from driving for 30 years

THE Court of Appeal has dismissed a case against by an Askeaton man against his conviction for dangerous driving causing the death of a married couple in their sixties, in 2009.

Michael Harty, of St Mary’s Terrace, Askeaton was sentenced in 2013 to five years’ imprisonment and disqualified from driving for 30 years as a result of causing the death of Maurice and Margaret Hartnett, at Ard Tomin, Askeaton,on July, 29, 2009.

At the time of the crash, he was driving with an alcohol level of 153.9 — nearly twice the legal limit then.

The couple’s daughter Elizabeth said during the 2013 trial, in which he was found guilty, that not being able to say goodbye to their parents would “haunt us to the day we die”.

Mr Harty appealed his sentence on the grounds that the judge ‘erred in law’ by permitting the prosecution to adduce evidence before the jury of a biochemistry report.

He contended that this evidence was received in circumstances which were in breach of his constitutional right to privacy.

Counsel on behalf of Harty contended that even if there was an entitlement by the gardaí to receive the toxicology report from the hospital, they should have requested a judicial search warrant.

The court delivered an ex tempore judgment on the May 11, 2015, in which it rejected the appellant’s ground of appeal and dismissed the appeal against conviction.

The court said at the time that it would later set out more fully its reason for holding that the claimed right to privacy in this case was subject to the requirements of the common good and public order, namely, in this case the requirement that a suspected serious crime be properly investigated.

The prosecution’s case was that on July 29, 2009, Mr Hartnett, 62, the deceased man, had attended at the house of Kitty Walsh in Askeaton.

He had commenced tiling work at 9am and finished work at about 5.30pm. He then collected his wife, 60, who was visiting in the locality, and drove his Volkswagen Caddy van in the direction of Rathkeale. Both were pronounced dead on the evening of the collision.

The collision occurred at an area which was governed by an 80 kmph speed limit. The approach to the scene of the collision was covered by signs indicating the presence of dangerous bends.

While there was no eyewitness of the collision, the prosecution’s case rested on a forensic examination at the scene of the collision —  on the late Mr Hartnett’s correct side of the road – and on testimonies that Harty, who was driving a Rav Jeep, was intoxicated at the time and his capacity to drive was impaired.

Evidence of the consumption of alcohol came from three sources – including paramedics who were at the scene, and witnesses from two pubs where Harty had been observed drinking that afternoon.

In addition, blood samples showing the concentration of alcohol in his system were taken from him after the collision. Harty, who did not give any evidence during the trial, told gardai when interviewed that he did not remember the collision and had no memory in respect of his movements on the day of the accident.

One witness, Brian O’Grady, who knew the defendant, gave evidence that he had seen him in Quaid’s Bar at about 4pm that afternoon with another person, and he recollected that Harty had ordered two bottles of beer.

The licensee of Quaid’s Bar also gave evidence stating that Harty and a companion had ordered and consumed a bottle of beer each and that when he observed the appellant and his companion, they were both “cold stone sober”.

Liam O'Sullivan, who was a barman at another licensed premises in Adare, saw Harty and another man in the public house and stated that they had roughly five or six pints each.

Maurice Hartnett, the other driver, was sober and had no alcohol in his system.

On September 3, 2009, Garda Cathy Healy called to Harty’s home, and he signed a consent form stating as follows: “I hereby consent to the Garda Síochána Askeaton garda station, Co Limerick, obtaining from the Mid-Western Health Board a medical report on the injuries sustained by me on July 29, 2009, at Ard Tomin, Askeaton.

Garda Healy acknowledged that she had not advised Harty that the material in question might be used against him. She said that she was not aware at the time that she should have obtained a further consent.

The trial judge ruled during the case that the evidence was admissible, saying the accused’s consent was immaterial.

“What could be relevant in this context is if the gardaí tried to get his consent under a deliberate subterfuge and misrepresentation of matters and then went off to the hospital with a consent having been obtained in such underhand methods but that doesn't apply here,” said Judge Carroll Moran at the time.

The Court of Appeal ruled that Harty’s interest in keeping the records in question private was not sufficient to override the public interest in the gardaí being able to secure the results of the toxicology tests as part of their criminal investigation into the suspected serious offence of dangerous driving causing death, in circumstances where the appellant had been driving a relevant vehicle and was suspected of having been under the influence of alcohol.

The court also ruled that the toxicology report in this case was properly admitted into evidence, and dismissed the appeal.