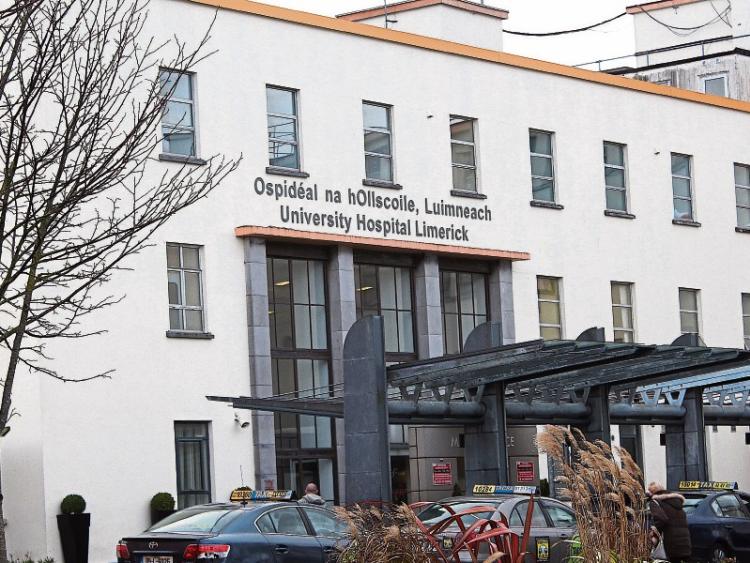 MORE than 32,000 people were on the waiting list for treatments and appointments in Limerick hospitals at the end of April, according to new figures.

Figures published by the National Treatment Purchase Fund show that the waiting list of 32,484 patients is 1,459 more than last month’s figures.

At the end of March, there were 21,395 patients waiting for appointments and 2,877 people waiting for treatments at UHL.

Outpatient appointments have largely increased since January, when there were 18,988 people on the waiting list at UHL. In April 2015, there were 16,596 patients on the outpatient waiting list.

At the end of 2015, UHL managed to secure their end-of-year target to have no patient waiting for appointments or treatments for more than 18 months.

In April at UHL, there were 3,124 patients waiting for more than a year for an appointment — 500 more than what was recorded at the end of March.

Though there were increases in neurology and oncology waiting lists, there were slight decreases in the number of people waiting for appointments for anaesthetics, gastroenterology, general surgery and vascular surgery.

At the end of April, there were 3,220 people waiting for ears, nose and throat appointments at the Dooradoyle hospital — 220 more than in March.

According a UL Hospitals spokesperson, they have recruited locum ENT consultant support which will help reduce waiting lists in that area for both outpatient and surgical patients.

The Dooradoyle hospital saw a reduction in the inpatient waiting lists for dental surgery, cardiology and maxillofacial treatments, in April.

Though there were more than 4,500 people on the waiting list for treatment and appointments at Croom Orthopaedic Hospital at the end of April, it was one of few hospitals, nationwide, to see an inpatient waiting list decrease.

Earlier this month, figures published by the Irish Nurses and Midwives Organisation showed that the emergency department at University Hospital Limerick experienced its busiest ever April, since records began in 2006.

There were 620 patients being treated on A&E trolleys and on additional trolleys or beds, which is an increase of 76 patients in comparison to figures in April 2015.

However, the number of patients being treated on trolleys dropped by 90 since last month.

According to a spokesperson, the current A&E is “too small” and “not fit-for-purpose”, and the new emergency department is expected to be fully operational by March 2017.