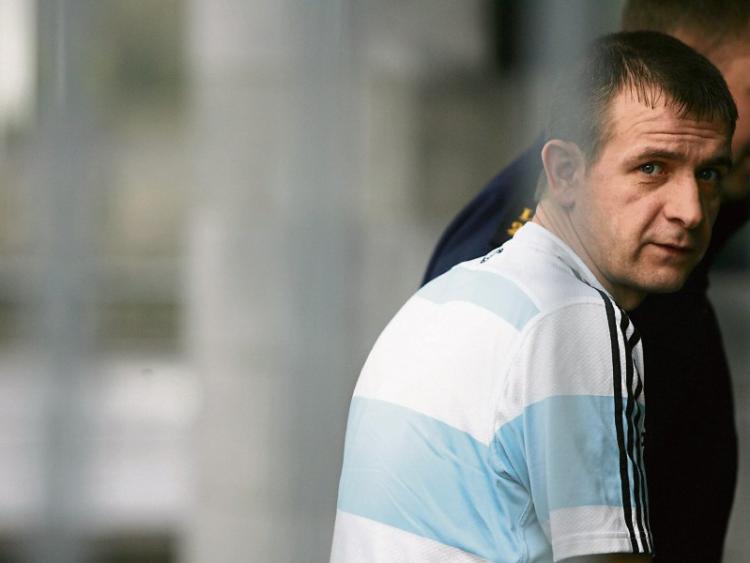 John Hayes, from Moyross, will be sentenced in October

A MAN who attempted to rob Paddy Power bookmakers on Limerick's William Street went back to the same pub he had left before committing the offence.

Father of four John Hayes, 42, of Hartigan Villas, Moyross, admitted entering the shop on William Street at around 8.50pm on August 21, 2013 and threatening a female member of staff with a knife. The victim, who is in her 30s, declined to make a victim impact statement but told gardai she was “very frightened”.

Detective Garda Ivan Muldoon said Hayes who was wearing an orange hoodie and a yellow high-viz vest left empty handed after the staff member refused to hand over any cash and pressed a panic button to raise the alarm.

Limerick Circuit Court heard that he had borrowed the hoodie from an acquaintance in the pub, where he returned after leaving the bookmakers empty-handed. The owner of the clothing was also interviewed by gardai.

He said CCTV footage was recovered from the premises as well as from a nearby pub, Stepper Flanagans, where the defendant can be seen putting on the hoodie and hi-viz jacket minutes before the incident.

Det Garda Muldoon told John O’Sullivan BL, prosecuting, that the CCTV footage was “very good quality” and that there was a strong case against Hayes.

The defendant has over 190 previous convictions, dating from 1985 to 2015, mainly for theft and road traffic offences, but also for possession of a knife, escaping from custody three times, misuse of drugs, and vagrancy. In 2014 he was sentenced to 11 months in prison for stealing four legs of lamb from Eurospar, Watch House Cross.

He has received prison sentences and suspended sentences, with Judge Tom O’Donnell noting that he has been “granted several chances in the past”.

”Fortunately there was no violence inflicted in this case, but it was very frightening to say the least. The victim works in a premises which is prone to this type of incident and leaves staff in a vulnerable position,” said Judge O’Donnell.

Brian McInerney BL said his client is a chronic heroin addict who has no trappings of wealth. He entered a plea on April 29, 2015, and the facts of the case were heard on June 16, 2015, and again last week.

Facing a maximum sentence of life in prison, Judge O’Donnell will impose sentence on October 4 next, as Hayes “has improved enormously in dealing with matters in a much more committed fashion”.

“In fairness to the accused, he is in the best condition I've seen him in many years.” The court also noted that a probation report was “very positive”. “I'm prepared to give this young man another chance to see if he can deal with his chronic heroin addiction.”