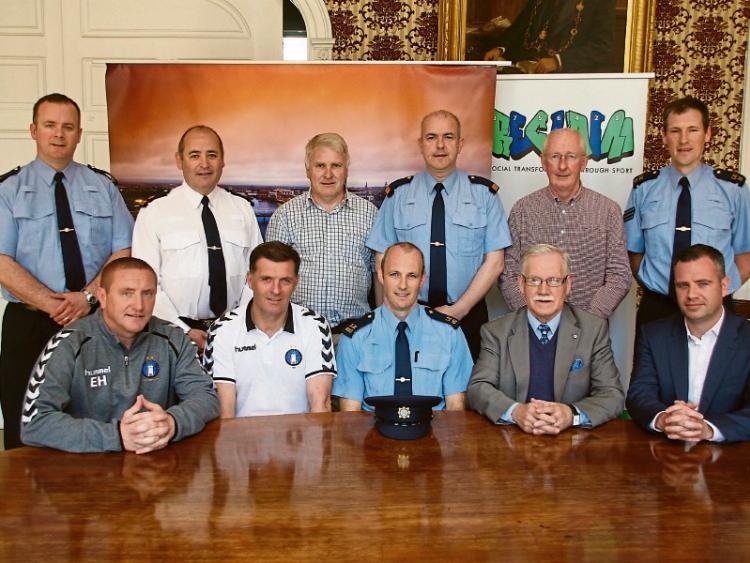 SPORTING bodies across the city should come together to better the lives of young people and deter them from crime, the chairman of Limerick FC has said.

Pat O’Sullivan, chairman of Limerick FC, was speaking at the launch of an initiative, led by community gardai attached to Henry Street station.

Policing topics such as road traffic safety, and crime prevention, among others, have been redesigned by Gardaí and incorporated to soccer linked training drills.

The Community Policing Unit at Henry Street Garda Station has formed an alliance with Limerick FC to educate and increase awareness to national school students of these policing strategies and goals.

The program will be run over a two-week period for each individual participating school, where the G.O.A.L team will visit the national school and coach the children on the related Garda topic.

The students will then provide the half time entertainment during the next Limerick FC home League of Ireland game by demonstrating the soccer drills, reaching out to a bigger audience of up to 2,000 supporters.

Garda Eoin Barrett, Henry Street, who developed the drills himself, hopes the programme will help develop relationships between the gardai, the schools and the pupils themselves.

In time they hope to roll it out to 19 schools in a continuous programme.