Five 'near misses' outside a Limerick school since January 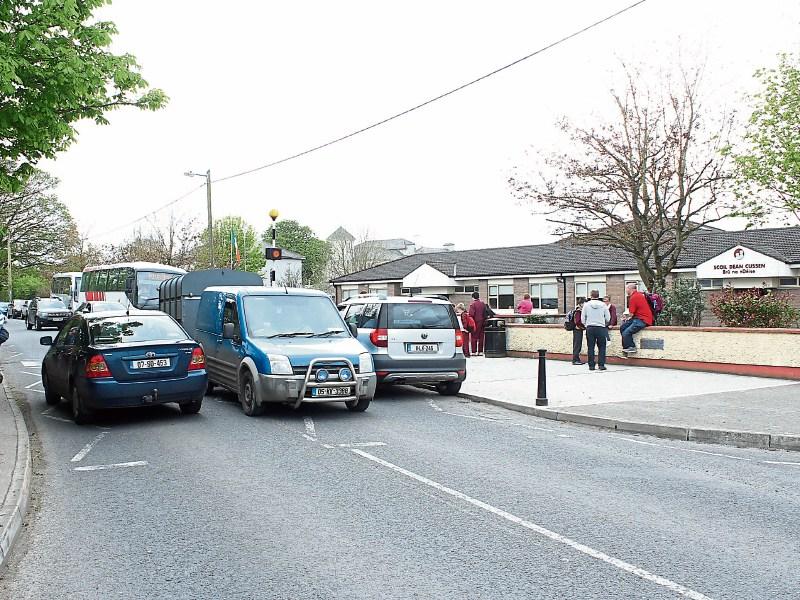 “ABSOLUTE chaos” outside a County Limerick school at drop-off and collection times has resulted in calls for a lollIpop lady to be assigned before a serious accident happens.

Cllr Brigid Teefy said there have been “five near misses since January” outside Scoil Dean Cussen in Bruff.

“The parents in the school are very concerned about the traffic. It is on a regional road, some cars speed down from the Kilmallock side and there is very little car parking pace. Crossing the road is very dangerous.

“They have made a request for a lollipop lady. There are 305 children in the school. It is a very serious issue,” said Cllr Teefy, at a Cappamore-Kilmallock municipal district meeting.

Cllr Mike Donegan said there are two pedestrian crossings – one on the main and one on the Athlacca road.

Cllr Gerald Mitchell said a lollipop lady in Hospital is of “great benefit”. Cllr Bill O’Donnell said a plan has to be put in place.

Ger O’Connor, senior executive engineers, said it is a “huge issue” and that schools located on regional roads are an “absolute deathtrap”.

Cllr Teefy’s proposal to ask the council’s road safety officer Karen Butler to attend the next meeting was agreed.

Miriam Sadlier Barry has three children in the primary school and one in the playschool so sees the “absolute chaos”  five days a week.

“The school is on a regional road, there is no off-street parking, it is a junction of three roads and we have 305 children. It is absolute chaos with cars coming down too fast on the Kilmallock road.  We have had five very close instances since Christmas,” said Ms Sadlier Barry, who is PRO of the parents association.

“They saw a car driving through it. They don’t see it because of the visual access coming from the Kilmallock side. You could have a bus parked out on the road,” said Ms Sadlier Barry, who stresses that it isn’t anybody’s fault.

“We have three large school buses and one mini-bus using two and half spaces so we have overlapping there most mornings,” she says.

There are seven wheelchair permit users with only two wheelchair spots.

To compound matters the pedestrian crossing goes over half of a wheelchair spot. And that doesn’t take into account all the other mums and dads,

On another occasion a driver reversed around the corner on to the pedestrian crossing on the Athlacca road and didn’t see two pupils, who narrowly escaped.

“We have sent letters. We are asking immediately for a lollipop lady. When I rang up about it they said the school was two small,” said Ms Sadlier Barry, who lists off other schools that have off street parking, over a hundred fewer pupils and have lollipop ladies.

“Our massive concern is the traffic is coming so fast from the Kilmallock side and it is getting busier. It is too dangerous and we need traffic calming measure to slow it down.”