Community to support Limerick GAA club after weeks of havoc 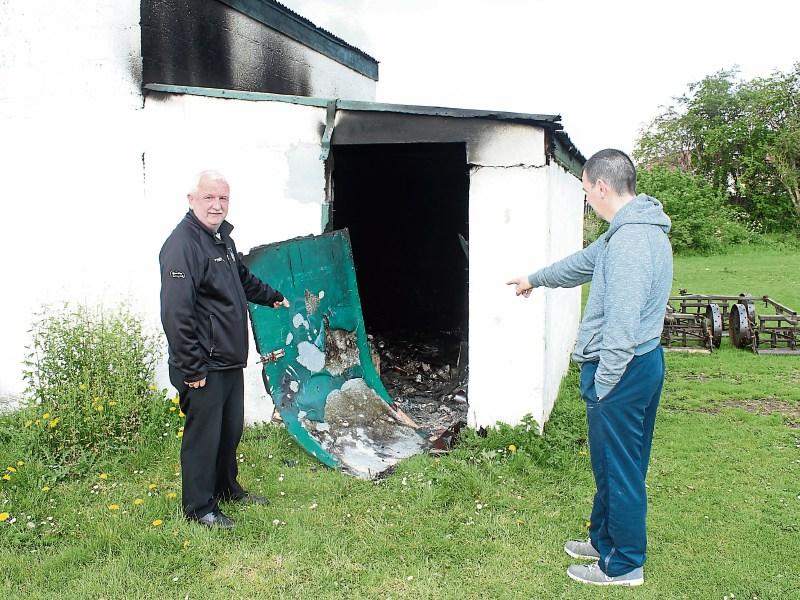 A FUNDRAISER will take place at the end of the month, in aid of St Patrick’s GAA Club, following the destruction of a storage shed and the burning down of numerous trees over the past four weeks.

On May 28, there will be a charity racing night for the public to attend at the clubhouse in Rhebogue. Club PRO, Eamonn Phelan has invited local businesses to sponsor the programme on the night, where they will watch American horse racing on the big screen.

He said that the Limerick Leader’s coverage of the teenage gang’s havoc received a “great response” from the community, which prompted the club to hold the fundraiser.

Last Monday, club officials discovered their 50-year-old storage shed, which contained a large clothes collection for charity, had been set on fire — allegedly by a group of youths.

He explained that the clothes collection was part of their next fundraising initiative, and it was hoped that funds would go towards purchasing more equipment for the youth teams.

The problem was further compounded by a €1,100 bill that was sent by the Limerick Fire Service, in response to a score of trees being set on fire.

“We are hoping to raise between €3,000 and €4,000, which cover the costs of the damage, help us rebuild the shed, pay off the Limerick Fire and Rescue Service.”

He added that club officials have been left “stressed and worried” about “a new breed” of night time anti-social behaviour that has occurred on the grounds in the last number of weeks.

He said that, after they repaired the wall, they continued to congregate on the grounds, which then led to the burning of the shed.

He said that there has also been a safety issue for children and players, as shards of glass have been scattered across the grounds over the past three weeks.

Following the incidents, the club shared images of the damage through their social media, and appealed to the public to “help stop further vandalism”.