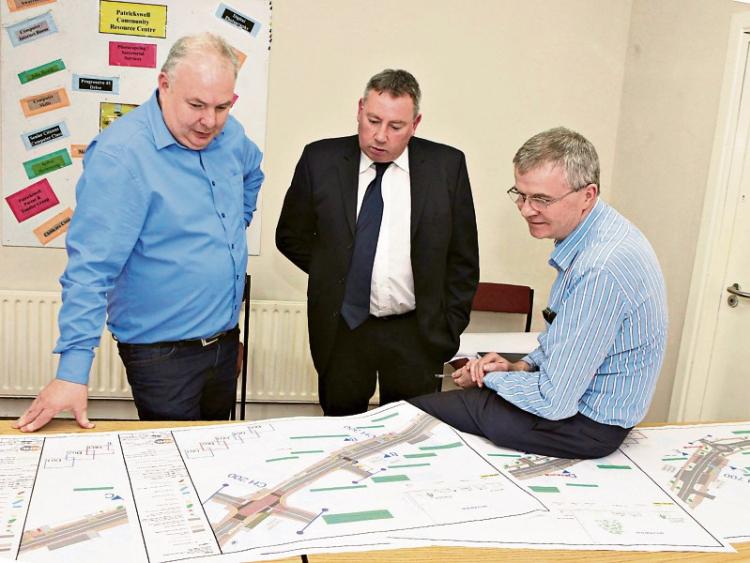 RESIDENTS of Patrickswell are being invited to have their say on a €2m plan to improve the village which will include new footpaths, road resurfacing, parking spaces, lighting and other works.

A public consultation day took place in the local resource centre on Monday at which council officials and road engineers outlined the plans for the village renewal scheme.

A number of features will be put in place in highlight St Patrick’s Well – for which the village is named – including special uplighting and limestone paving. Various planting schemes and stone benches will also be installed to enhance the visual appeal of the village.

The plans will be on display in Limerick City and Council’s planning offices in Dooradoyle and Merchant’s Quay until June 22 and people can make submissions on the plan until July 8.

Once the design has been finalised, funding will be sought to carry out the works. It is unlikely that any work will start on the ground until next year at the earliest.

“I think it is a very positive thing for the village and I think a lot of people are delighted that Patrickswell has not been left out this time,” he said.

Local businesses are now seeking to have Patrickswell designated as a services village for the motorway. If approved, this would see signage put up on the motorway to make motorists aware of the range of services available in the village.

Mr Kilcoyle believes that this – in tandem with the village renewal scheme – would help in attracting more passing trade.

“It went down very well and it has been received very positively and now we hope that people will make submissions sooner rather than later,” Cllr Lynch added.

He said he was hopeful that there would be no obstacles to the scheme going ahead and that it would be completed by the end of 2017.

”Patrickswell is a village that has not been included in any plans plans through the years, so I think everybody is in favour of it,” he said.

Fine Gael TD Patrick O’Donovan has also urged residents to make have their say on the renewal plans.

“I know from other towns and villages across Co Limerick that positive engagement between the council and the residents is key to making these projects a success,” he said.