Sin Bin set to be revived as House Limerick 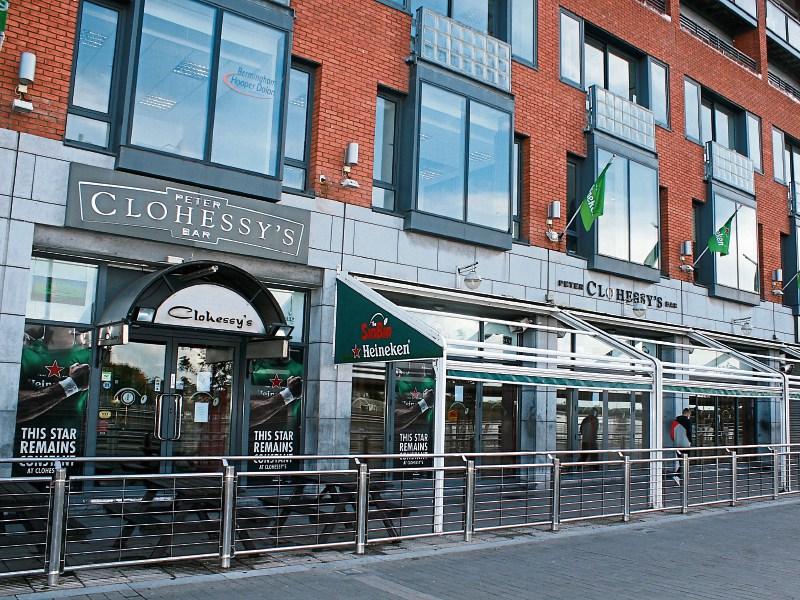 Renovations are underway at the former Sin Bin on Howley's Quay

RENOVATION works estimated to cost hundreds of thousands of euro are finally underway to revive Clohessy’s bar on Howley’s Quay – which will soon be known as House Limerick.

Contractors have moved in on site, after planning permission was recently granted by Limerick City and County Council.

The plans – spearheaded by Alan Clancy of House Dublin on Leeson Street –  have been in motion since October last, when the first set of plans were submitted by a local architectural firm.

He is behind a number of bar businesses in Dublin, and was said to have been so impressed by a number of bars and nightlife in Limerick that he decided to pump upwards of €750,000 into House Limerick.

Mr Clancy has to date not spoken publicly about his full plans for the bar, but it expected to do so in the coming weeks.

The ‘superpub’ – which was once fronted by former rugby international Peter Clohessy – had been in business for 13 years before it closed in October 2014.

At the time up to 60 full-time and part-time staff were affected by the closure of the pub and neighbouring night-club.

The bar and nightclub entered receivership due to spiralling financial losses of more than €500,000.