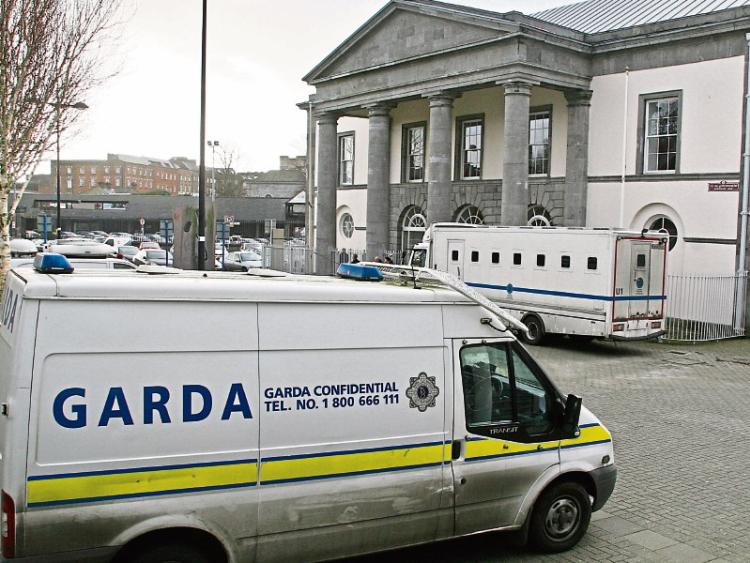 A SERIAL offender who called a taxi after stealing over €10,000 worth of luxury goods from a property on the Ennis Road has been sentenced to three years’ imprisonment.

Marcus Graham, aged 42, of Davin Gardens, Caherdavin, who has 79 previous convictions, pleaded guilty to a charge of burglary relating to an incident at Ashbrook on August 1, 2015.

During a sentencing hearing last week, Judge Tom O’Donnell was told the owner had locked her home when leaving at around 1.30pm.

She returned at around 5.30pm to find her house had been ransacked and numerous items taken.

Among the items stolen were passports, a large amount of designer jewellery worth over €2,500, including a Hermes bracelet, earrings and watches; a brass figurine, medication, children’s clothing, an iphone, an ipod shuffle, Rayban sunglasses, Michael Kors sunglasses, car keys, and ladies clothing.

Detective Sergeant James Ruddle said after leaving the house, Graham asked a neighbour to call him a taxi.

After travelling to his home in the taxi, he informed the driver he had no money for the fare and offered a bottle of duty-free alchol, which he had stolen, as payment.

After becoming aware of the taxi trip, gardai called to the home of the defendant.

When they arrived, Graham was wearing a watch and jacket which he had taken from the house earlier in the day.

However, he insisted they were “hand me downs from prison” and he did not make any admissions during three interviews following his arrest.

John O’Sullivan BL, prosecuting, told the court the majority of the stolen property was recovered but that some items are outstanding including a very expensive watch.

Judge Tom O’Donnell was told when gardai called to Graham’s home several boxes of jewellery were found in a Lidl shopping bag.

Boxes of alcohol with duty free labels were also taken from the house in Ashbrook on the Ennis Road.

Lawrence Goucher BL, defending, said his client entered an early plea of guilty and that he has a history of drug abuse and a chaotic lifestyle.

The court heard he lives with his brother, who is also a chronic drug user.

“At 42, it’s maybe time that he copped himself on, but he might need some assistance to do that,” said Mr Goucher.

He said his client has been in custody since last August last and is currently serving a sentence for an unrelated offence.

Imposing sentence, this Wednesday, Judge O’Donnell commented that Graham has an appalling criminal past and he noted that his addiction has had a devastating effect.

He said the “violation of a person’s home in broad daylight” was a serious aggravating factor in the case.