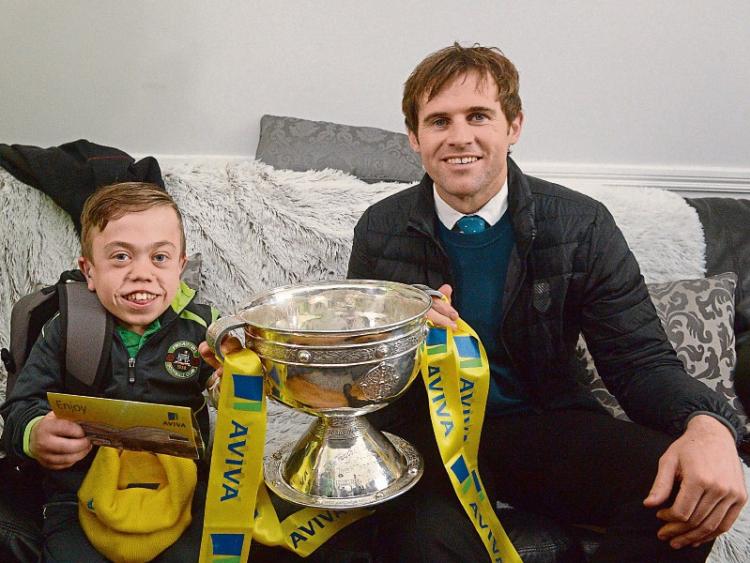 PIKE Rovers' number one fan had a chance to meet one of his footballing heroes, as former Ireland left-back Kevin Kilbane popped in for tea.

The ex-Sunderland, Everton and Wigan Athletic star was in Limerick with the FAI Junior Cup to make a film with the Southill club ahead of their final against Sheriff YC on Saturday in the Aviva Stadium.

After Kevin had finished filming at Pike Rovers, club officials persuaded the pundit to pay a visit to young Luke Grimes’ home in Kennedy Park.

Luke, 14, who has a rare form of dwarfism, is a huge fan of Pike Rovers, and is a regular at Sunday league games across the city.

“It was just brilliant to meet Kevin Kilbane,” he enthused, “He was a really nice guy. He asked me who I thought was going to win, and I told him: hopefully, it will be Pike Rovers lifting that trophy and bringing it back to my house again!”.

Luke believes Pike have an excellent chance of topping the Dublin side in the final, and hopes there will be a huge contingent of Limerick soccer fans travelling to the capital.

”It is great being a fan of Pike Rovers this year,” Luke, who is a student of Sexton Street CBS, added.

The football fanatic – who hopes for a career in club management – has already been asked by Declan Considine whether he would like to manage Pike’s under-11 side as they chase silverware.