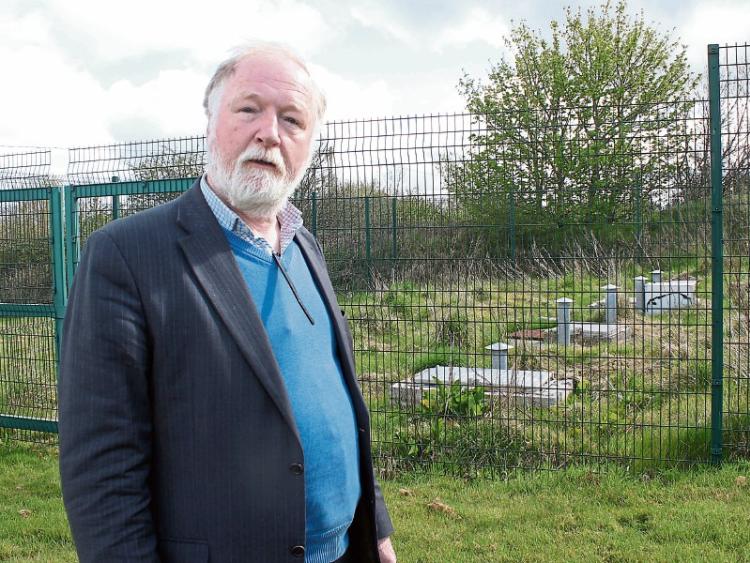 THE effluent  from a large holding tank has been seeping out on to a public road in Dromcollogher, local councillor Jerome Scanlan has revealed.

The effluent trickles down from a holding tank on a small private estate at the edge of the town and along the edge of a public footpath to a storm drain, just yards away from two nearby houses. And, according to Cllr Scanlan, the smell on some days is almost unbearable.

In addition, he told the Limerick Leader, volunteers from the local Tidy Towns group have been regularly scrubbing the area clean but within days, the effluent residue is back again.

It is not just a health and safety hazard, according to Cllr Scanlan. It is also costing points in the Tidy Towns competition.

Planning permission was given for 14 houses in what is now called Hillside Estate about 2003 or 2004 Cllr Scanlan explained. “These were much-needed private houses in the area and planning permission was subject to connection to the waste water treatment system,” he said. But the builder/developer was then told there was not sufficient capacity in the system and, although all the piping had been put in place on the estate, the estate could not be linked in to the public system.

Instead, the solution held out to the builder was to build a retaining tank until such time as the system could be upgraded.

That was over a decade ago, Cllr Scanlan has now pointed out, and the waste water treatment plant in Dromcollogher has yet to be upgraded. Meanwhile, the holding tank, which is emptied on a regular basis, continues to seep effluent.

Another outcome, was that three houses, meant to be to the front of the estate, were never built. Instead, the holding tank is located there, and, although emptied on a regular basis, continues to seep effluent.

Limerick City and County Council took the estate in charge some years ago and footpaths and public lighting have been put in place.

But now, according to Cllr Scanlan, it is Irish Water who is responsible for waste water on the estate.

“A lot of rubble and waste has gotten into the piping system in the meantime,” he said. “They will have to clear out the piping before it can be connected. “

“I have a commitment the problem will be solved within weeks rather than months. But it has taken five years to get where we are at the moment.”