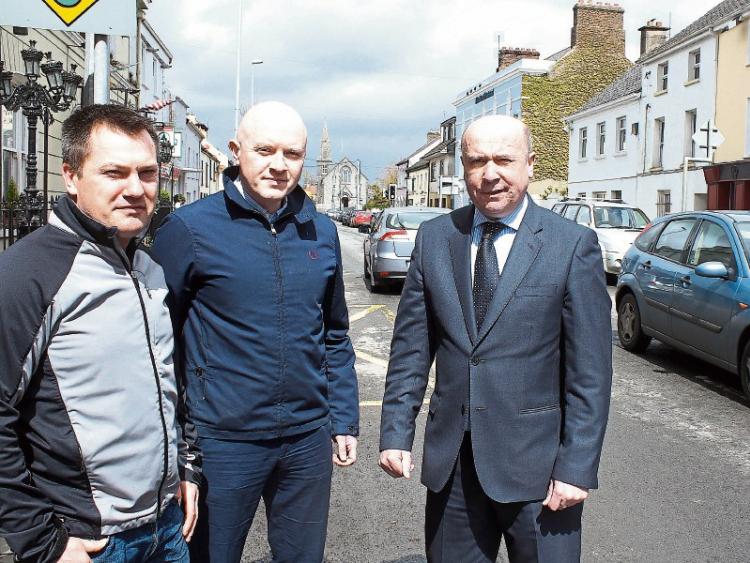 TRAFFIC congestion  has reached “crisis point” in the town of Bruff, says a councillor who is calling on the local authority to provide off-street parking.

The problem has been raised at recent meetings of the Cappamore-Kilmallock municipal district, which included a deputation from the Bruff, Grange, Meanus Community Council.

Cllr Bill O’Donnell said it is a big issue in the town due to increased traffic volumes.

“There is no doubt there is traffic congestion at particular times and if two vans or two lorries meet each other on the main street it has the affect of holding up traffic in the whole town. “There are a few issues - part of the street has very wide footpaths, and the street is a lot narrower to traffic than perhaps it should be,” said Cllr O’Donnell, who has received many representations on how to resolve it.

They include reducing on-street parking by putting single or double yellow lines in certain areas.

Cllr Bill O’Donnell is against this until “proper off street parking is available”.

“On-street parking in Bruff is a valuable commodity to the shoppers, retailers and other service providers because we have no off-street parking facility. The two go very much hand in hand.

“Every space we have on the street is very valuable to the business people.

“I know Bruff Traders Association has taken proactive measures whereby the traders themselves and their employees avoid parking on the main street and park in estates and some side streets. That certainly does help as they leave the parking spaces available for other shoppers and service users,” said Cllr O’Donnell.

“It is now coming to a crisis point and we are calling on Limerick City and County Council to try and work out a solution to the problem. We are now at a situation where we have to call on the local authority to come in and help on the issue.” he adds.

The water is muddied by the fact that the council doesn’t own any suitable land bank for off-street parking in Bruff.

“There are options available and these are currently being investigated by the council. The Bruff local development plan has identified certain sites that may give us opportunities and the council is also investigating further and other options,” said Cllr O’Donnell.

The bottom line, he says, is that they are trying to support local businesses, bring life back into our towns’ and villages’ main streets and not drive people away.

The fear is people may avoid the town due to congestion or keep on driving if suitable parking isn’t available. It could also affect tourism in the area.

“It is imperative the council identifies a site for off-street parking and expediates the process to alleviate the current situation,” he concluded.