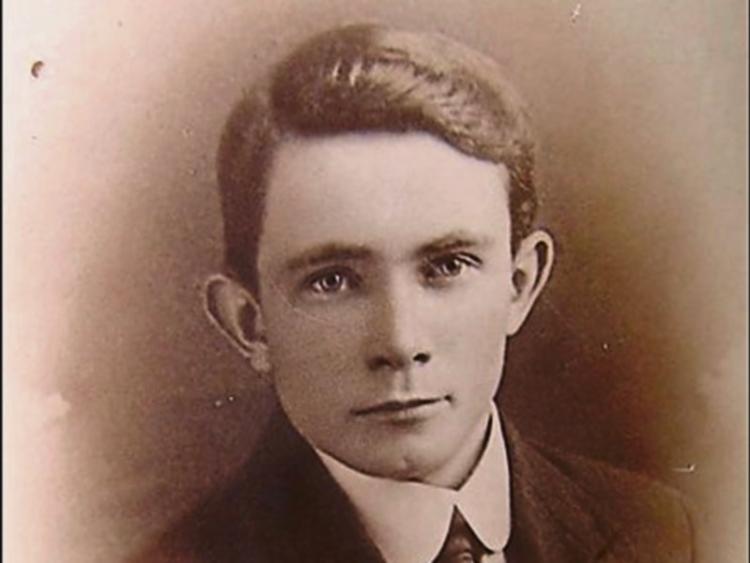 IN what is likely to be one of the final and most poignant ceremonies of Centenary 2016 in Limerick, Con Colbert will be remembered this Sunday in Castlemahon, the parish where he was born and spent the first three years of his life.

Exactly one hundred years to the day after his execution in Kilmainham Gaol on May 8, 1916.

A full-size sculpture of Con, Irish Volunteer and member of the secretive Irish Republican Brotherhood, will be unveiled at his one-time home in Moanlena. The sculpture will stand at the gable of the house where a memorial plaque was erected in 1966, to commemorate the 50th anniversary of the Rising.

Meanwhile, in Limerick city, another ceremony will take place at noon at the railway station which was renamed Colbert Station in 1966. Extensive remodelling of the forecourt of the station has taken place and a wreath in honour of Con Colbert will be laid. Brian Murphy OSB of Glenstal Abbey, will give the oration.

Sunday’s ceremony in Castlemahon will begin at 3pm. Local teacher Alan Kelly will be MC for the event and the limestone sculpture of Con Colbert will be unveiled by Mayor of Limerick City and County Council, Cllr Liam Galvin.

John O’Callaghan, who wrote a biography of Con Colbert, will deliver the oration.

O’Connors in Newcastle West created the full-size sculpture, Cllr Jerome Scanlan explained this week in advance of Sunday’s ceremony. “They have done a wonderful job,” he said.

Cllr Scanlan is one of the small team, led by Jack King, who have organised this particular memorial ceremony. Others include a great grandniece of Colbert’s Fiona Dore Buckley, Coireall Mac Curtáin, Pat Normoyle and Seamus McMahon, who was also involved with the 50th commemoration ceremony.

Michael O’Regan, who now owns the house in which Colbert was born, is also on the committee and has carried out substantial work to ready the site for Sunday’s unveiling.

Con Colbert was born on October 19, 188 at Moanlena, the tenth of thirteen children born to farmer Michael Colbert and his wife Hanora, née McDermott. When Con was three the family moved to Athea and to old Colbert family land at Templeathea.

As a youth, having moved to Dublin to work, he was a founder member of Na Fianna Eireann and in 1910 joined the staff of Patrick Pearse’s school as a part-time drill instructor. He joined the Volunteer movement in 1913 and about the same time was inducted into the Irish Fenian Brotherhood.

During Easter week, he commanded a contingent of 20 men and occupied Watkins Brewery in Dublin’s Liberties area. Following the surrender of April 30, he was court-martialled on May 4, executed by firing squad at Kilmainham on May 8 and buried at Arbour Hill.

Perhaps the best description of Con, comes from Grace Gifford, who married Joseph Mary Plunkett, one of the signatories on the night before he too was executed. When Con spoke, she wrote, “his soft Limerick voice took on a passionate ring and the expression on his fact changed from its usual gentle and dreamy look to one of fierce purpose.”

A plaque commemorating Con Colbert was unveiled at Moanlena in 1966 by the then Minister for Health, Donough O’Malley.

Sunday’s ceremony begins at 3pm and is free and open to the public.