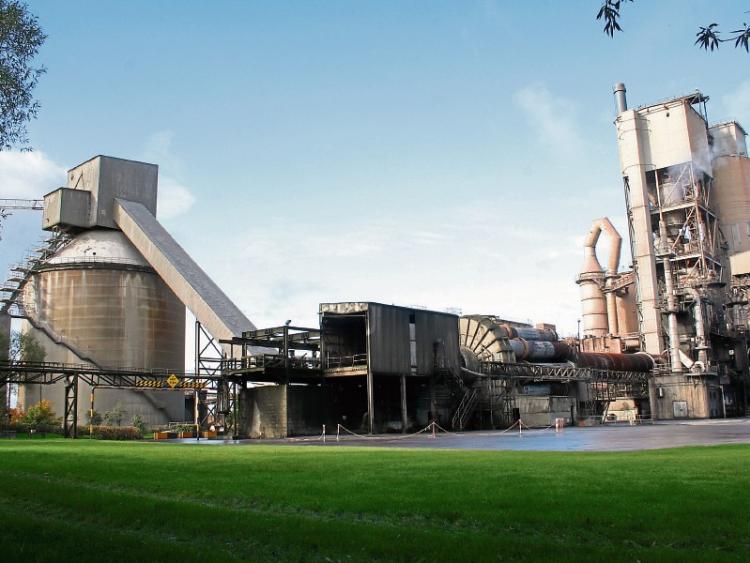 The Irish Cement plant at Mungret

IRISH Cement has formally resubmitted proposals to change the way it operates its plant in Mungret.

It was last week revealed the firm is planning to halve the amount of alternative fuels it burns to 90,000 tonnes.

It comes after a public outcry against the original proposals, which will see tyres and other materials being burnt at up to 1,400 degrees. Irish Cement had announced it is investing €10m to replace the use of fossil fuels at its cement plant, a move which will create 40 construction jobs and secure the future of 80 staff.

But these proved controversial, with almost 470 people signing a petition in opposition, citing fears over the impact on the environment of burning tyres at such high temperatures.

Irish Cement withdrew its initial planning application, with the council referring it to An Bord Pleanala to decide whether the project should be classed as ‘strategic infrastructural development’ – a move which would have seen the project bypass local planners.

The company’s new application is almost identical to its original one, with the key difference being the cut in fuel use. Council will decide on the project by June 21 next.