Rally against health cuts in Limerick 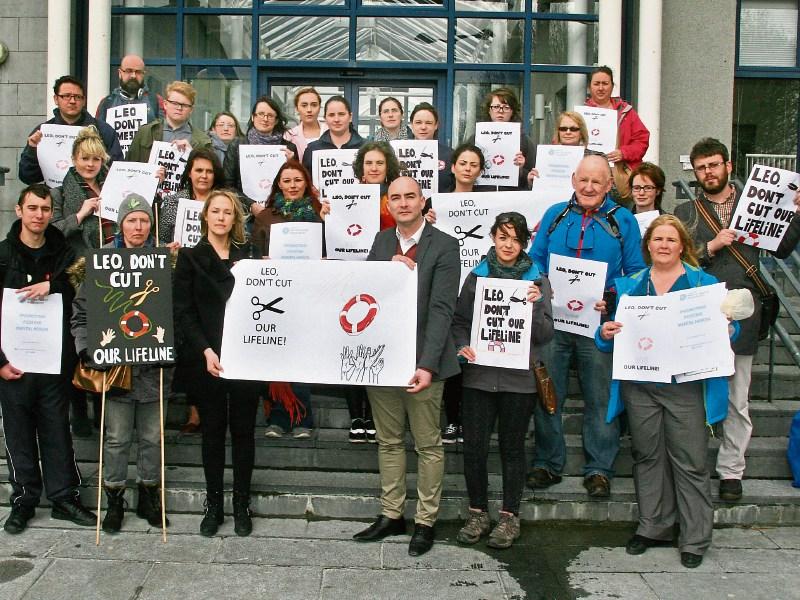 A large crowd attended the protest

A RALLY has taken place outside City Hall in protest at cuts to the mental health budget.

Although €35m was promised for this sector last year, some €12m has already been diverted elsewhere in the health service, leaving a local campaigner “absolutely appalled”.

Dr Jennifer McMahon, who chairs the Limerick Mental Health Association says the cut will have a “huge impact” on communities across the city.

And Fine Gael councillor Daniel Butler turned on his own party colleague, Health Minister Leo Varadkar for the change.

“Just because we are in the same party, it doesn’t mean we have to agree on everything. I have already tried to talk to Leo on this matter and make my views known. I think if I stand by and watch this go by, I could not look at myself,” Cllr Butler said.

Those taking part in the demonstration signed a register, which will be circulated to Limerick’s three students’ unions, who are involved in national protests against the cut.

The same register will be presented to Mayor Liam Galvin to show the opposition.

Dr McMahon said: “We have a very serious mental health issue in Limerick. This will prevent people trying to access services, which we already know is quite difficult. It will mean vulnerable people are left without the help they need. Rather than removing the budget, we really should be investing in services right now, when people need them most.”