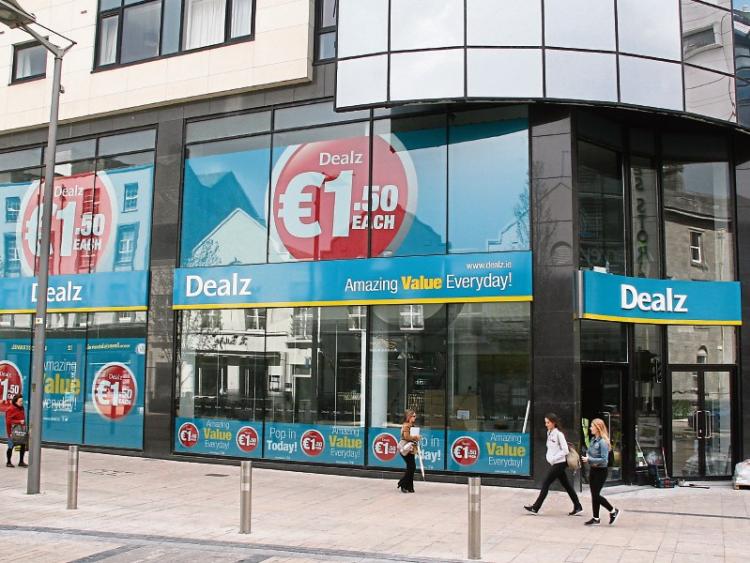 THE announcement that discount store Dealz is to occupy the former Pamela Scott’s unit in the city has provoked huge public reaction.

In line with comments made last week by Limerick Chamber and the Mayor of Limerick, members of the public voiced their views en force online about whether it’s the right retailer in such a prominent site, and just a few doors away from the city’s only five-star hotel.

Comments made by Eimear Ryan on the Limerick Leader’s Facebook page garnered the greatest support from the public. She said the new occupier’s frontage “ruins the whole look of that area.

“Having one on William Street was enough! It suited William Street. Could it be any more tacky with its cheap signage! An M&S, H&M or Zara would be more impressive in this area. This area will turn into another William Street!

“If I was paying to stay in the Savoy I wouldn't be expecting to pop into my local Dealz; I'd be expecting to be shopping in a store similar to the high end hotel I’m staying in. Next you'll have kebab shops beside Brown Thomas. Limerick needs to seriously look at its placing of shops and restaurants,” she wrote.

While the comments were largely critical of Dealz occupying this unit, others spoke out against “retail snobbery” and urged others to be grateful about job creation in the city.

Dealz has yet to provide any comment on its new lease, understood to be in excess of 15 years, or the number of jobs it will create. Their William Street unit is said to have created some 50 jobs, and the Bedford Row/Henry Street premises over three floors is larger again, at over 9,000 sq ft.

The metropolitan Mayor of Limerick, Cllr Jerry O’Dea, told the Limerick Chronicle: “Whilst I’m very happy to see further investment in the city centre, and a vacant unit filled, there is also the question about finding the right mix of retailers for different areas of the city centre.

This retail unit, which was built by developer Michael Daly’s Fordmount group, went up for sale for €1.8m in 2014. At that time, the property was being offered with a 10 year lease at a current market rent of €182,361 per annum, amounting to over €1.8m a year, or €3.6m for two years. The new tenancy was handed by CBRE in Dublin. They too declined to comment, based on their client’s wishes at the present time.