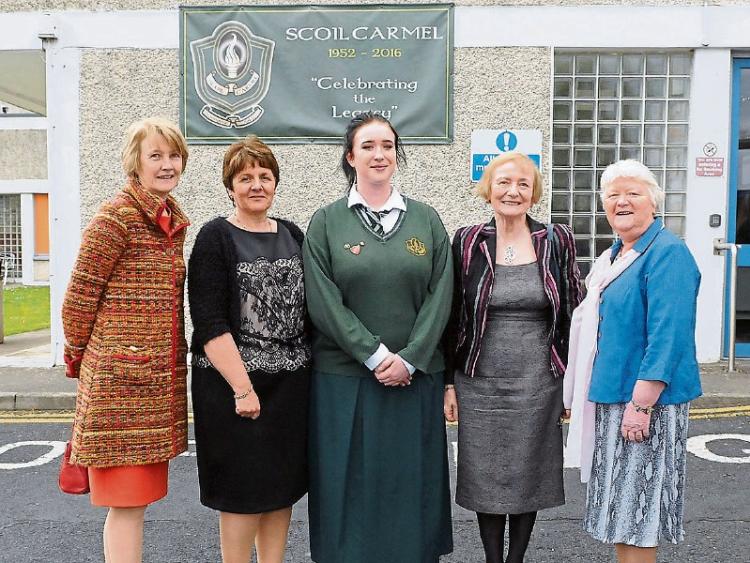 FROM JUNE 30, the green uniforms which have been synonymous with the Mount and O’Connell Avenue in Limerick city will be no more.

When the school gates close, and the bells no longer ring out, passers-by will be impervious to the life that has been lived and breathed behind those school walls.

But for many, the place which helped formed them, and protect them, before they entered the world as young women, to be scattered across the country and the world, will never be forgotten.

Past pupils include the actress Ruth Negga, who has gone on to play Shirley Bassey in a BBC drama; Gillian Bourke of the Irish ladies rugby team, soloist Sarah Dolan, and Dr Pauline O’Reilly, head of nursing and midwifery at the University of Limerick.

Others who recently excelled include Cristina Borcea, a recipient of the JP McManus All-Ireland Scholarships, who went on to study genetics at Trinity College Dublin. The cumulative impact that all these women have had on Irish society is unquantifiable.

Now, just 88 pupils remain, between 25 in third year and the remainder in sixth year, who will serve out the final chapter of their school days there, as the school reaches its own final chapter, and Catholic education in the city is left with an indefinite conclusion.

There are just 13 teachers left, and two ancillary staff, some of whom have dedicated decades of their lives to the school.

As the time edges closer in saying the last of its long goodbyes, the occasion brought a few tears and moments of laughter, sadness and nostalgia, as they held a mass in St Joseph’s Church on Sunday last, and regrouped on school grounds in a mini-reunion.

The Bishop of Limerick, Dr Brendan Leahy, spoke at the mass on celebrating their legacy as a Catholic school, rather than dwelling on its past.

He also spoke on the subject of Scaimpimis an Solas – or spreading the light – as the secondary school has done since it opened in 1952, under the provision of Ceist, the trustee body for the voluntary secondary schools of the Sisters of Mercy.

For former English teacher Denis O’Mahony, not only was Scoil Carmel the place he taught for 36 years, it was also where he met his wife, who has since sadly passed away.

“I find it impossible to be dispassionate about this place, because its people, students and teachers, past and present, are part of my being. When I say that I met my wife Christina here, that both our daughters were students here, that I spent my working life here and that Christina lived out her life here, you will understand my roots go deep here.

“I was recently asked what image endures from my 36 years in Scoil Carmel. Strangely perhaps, I thought of the row of trees beside the wall along O’Connell Avenue. I’m sure you know them. Many of you must have fixed a daydream or two upon their branches during your time here, like I did.

“Those silent sentinels marked the seasons, indifferent to traffic on O’Connell Avenue, and to the babble of voices and the clatter of bells across the green. Those trees were sermons on time’s passing. When the school opened in September, the leaves turned from green to russet brown and reeled down in throngs, while children foraged in the yellow carpet for conkers.

“They have marked, for me, the inexorable passage of time: the changing years, changing faces, changing society. For everything there is a season, we have our entrances and our exits, and Scoil Carmel too, it seems, is not immune.”

When its closure was announced two years ago, the management of the school said its demise is part of a “wider story of Catholic education provision in the city”.

It faced a number of challenges in recent years, and in the end, they became insurmountable as a whole – the demographic changes including the ageing population in school’s immediate vicinity and an exodus of younger families to the suburbs; the economic downturn, declining enrolment, the ensuing reduction in capitation grants, staffing quotas and general resource provision.

Deputy principal Aine Bourke, a French and German teacher from Tipperary, came to the school in 2000, when a vacancy arose as another teacher moved to the newly opening Castletroy College. It now counts over 1,000 pupils.

Art teacher in the school, former Labour city councillor Tom Shortt, who worked there for 32 years, said: “A lot of students have been sucked out of the city. For one reason or another, there has been a hollowing out.”

Many of its pupils will, or already have moved to other Catholic all-girls secondary school, including Ardscoil Mhuire in Corbally and Presentation Secondary School, Sexton Street.

Some will travel further afield, as their teachers too are deployed within a 50km radius.

What happens to the school building and grounds is a matter for the Department of Education, though there are hopes it could be filled with other young voices and bright souls before too long again.

“Of one thing I am sure, when the people who made this place have gone, when the classrooms and corridors fall finally silent and the bells are heard no more, the essence of this place that formed us will live on in our memories and hearts,” said Mr O’Mahony.