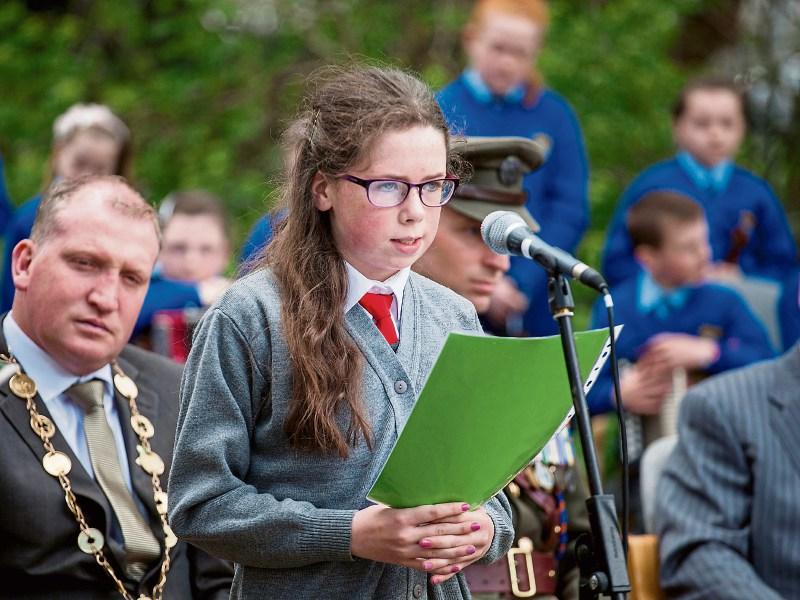 MARKING the centenary of the 1916 Rising went into top gear at the weekend when over 2000 people gathered at Glenquin Castle.

And to the great delight of organiser, Ger Greaney, over 800 people turned out to march in Footsteps to Freedom in a reenactment of the mustering of Irish Volunteers on Easter Sunday 1916.

“It was way, way beyond our expectations,” Mr Greaney said. “It was unbelievable.”

The names of all the 823 men and women who walked to Glenquin from some 16 locations around West Limerick have now been recorded for posterity, he added.

He was also gleeful that the organising team was able to feed the thousands who turned up. And it wasn’t just tea and biscuits, he pointed out.

Meanwhile, Sunday and Monday also saw the official opening of  four Memorial Gardens in the offices of Limerick City and County Council at Merchant’s Quay, Limerick and in Newcastle West, Kilmallock and Rathkeale.

The Memorial Gardens were conceived as a central element of the council’s 2016 Centenary Programme and as legacy projects.

Officially opening the gardens, Mayor Liam Galvin said, they now belonged to the people of Limerick, city and county, and to our friends and families overseas.   And he urged people to remember our history with pride.