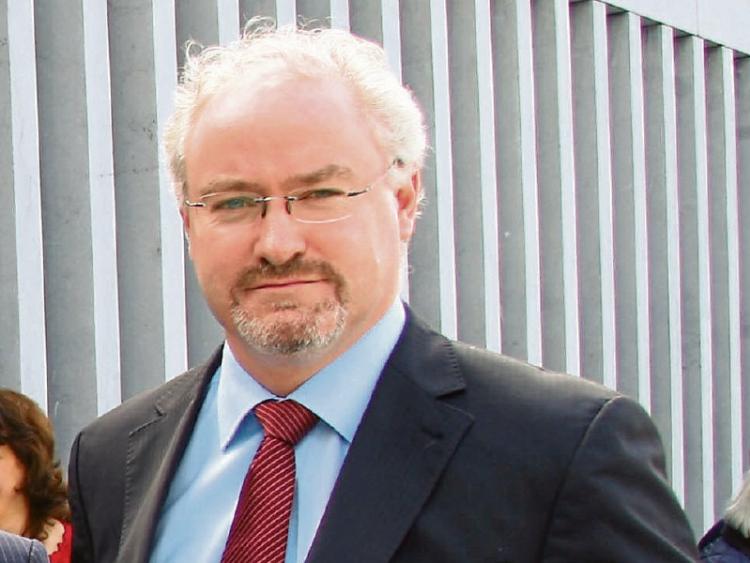 JOHN B Keane’s play The Field came to life in a local court as two brothers said they owned the same small piece of Limerick land.

Judge Aeneas McCarthy said: “It is a very unfortunate interfamily dispute over 3.5 acres — that is human nature, I suppose.”

Liam Boland, aged 57, of Martinstown, was found guilty at Kilmallock court of cutting timber posts and wire after his brother and next door neighbour Patrick Boland rented it to a third party.

“Patrick Boland said he owned the land and rented it to Mr Fitzgerald. A rental agreement was drawn up by Power Solicitors and signed. Mr Fitzgerald commenced his tenancy on April 1, 2015 for a two year period.

“On April 8, Mr Fitzgerald entered the land and proceeded to fence it with timber stakes and electric fencing to keep animals enclosed. The following morning the posts were cut at the butt with a chainsaw and the electric wire was cut in 12 to 15 foot lengths.

“Patrick Boland had witnessed his brother at 8pm in the evening entering his land with a chainsaw and causing the damage. Both Mr Fitzgerald and Patrick Boland made a complaint in relation to the damage caused. Patrick Boland gave me the deeds for the land,” said Garda Armstrong.

At the outset of the case Paul Cagney, solicitor for Liam Boland, said they were not contesting the fact that items were damaged but “we were entitled to do it”.

Garda Armstrong read out the interview with Liam Boland after he was arrested. He replied “no comment” to the questions including when the gardai put it to him, “This is a fairly ridiculous argument over a small bit of ground”.

Mr Cagney said judging by the questions put to his client the gardai were aware of the dispute.

“We have been called out on numerous occasions over a falling out over land,” said Garda Armstrong.

Me Cagney handed in Department of Agriculture subsidy maps from 2009 to 2015 on behalf of Liam Boland.

“He always had access to this land and has been farming it,” said Mr Cagney.

Patrick Boland took the stand and said he saw Liam Boland with a chainsaw and heard the noise as he cut posts.

“Me. It was left to me by my father who transferred it to me in a solicitor’s office,” said Patrick Boland.

He said he didn’t know that Liam Boland was claiming subsidies for the land.

“He owns a patch of land inside mine with a right of way,” said Patrick Boland.

Mr Cagney asked Patrick Boland if there was a dispute over the lands?

“There is no dispute as far as I am concerned. It is my land and he wants to take it off me. I have the deeds,” said Patrick Boland.

Mr Cagney referred to a letter sent by his firm to Patrick Boland in 2012 claiming the land for Liam Boland under adverse possession or “squatter’s rights” - having occupied the land continuously for over 12 years.

“He is making the claim but I don’t accept it,” said Patrick Boland.

Mr Fitzgerald said the cost of the damage to his fencing was €500 and he wasn’t aware there was an ongoing dispute before he signed the lease.

“I wouldn’t have gone in there,” said Mr Fitz-gerald.

Liam Boland was the final witness and said he has occupied the land since 1985.

Mr Cagney put to him that his brother said he hadn’t.

“I took up some of the lighter ones [posts]. I had no other choice but to cut the others at the bottom,” said Liam Boland

Sergeant Leahy said the fact is “you are not the owner”.

“I am the owner,” said Liam Boland.

Sergeant Leahy said the deeds are in Patrick Boland’s name.

“I have farmed it for 30 years. I became the legal owner,” said Liam Boland.

Mr Cagney said his client must be acquitted, citing the Criminal Damage Act 1991 Section 6 without lawful excuse - “if he damaged or threatened to damage the property in question in order to protect himself, or property belonging to himself, or another, or a right, or interest in property, which was, or which he believed to be vested in himself”.

“He is entitled to protect his property. If the belief is honestly held he must be acquitted,” said Mr Cagney.

Sgt Leahy said Liam Boland knew since 2012 he was not welcome on the property.

“It is not his property to damage,” said Sgt Leahy.

Judge McCarthy said it is not for this court to adjudicate on adverse possession.

“The only matter before this court is whether this gentleman committed the act of criminal damage,” said Judge McCarthy, who added that he did not believe Liam Boland’s belief was “honestly held”.

In mitigation, Mr Cagney said his client is a carpenter and farmer.

“This dispute is borne out of an unfortunate family situation. He has raised a family, is a hard-working and law-abiding man. But for this dispute he would not be here,” said Mr Cagney, who asked for the probation act or a poor box donation so Liam Boland wouldn’t have a criminal record.

Judge McCarthy adjourned sentencing for six months and asked for a garda report to see if there is “any further trouble”.