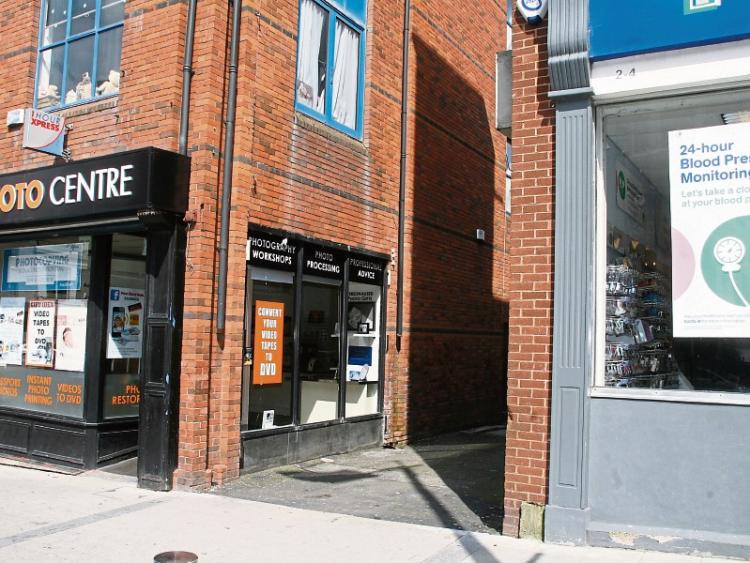 A BUSINESSMAN who claims staff from a neighbouring company are “disrespectful” towards him was acquitted of criminal damage charges.

Martin O’Connor, aged 39, of Bruachlán, Westbury was prosecuted following an incident at a laneway off William Street on November 28, 2014.

During a contested hearing, Limerick District Court was told the charge related to damage which was caused to a car belonging to Nora Shine.

Ms Shine, the assistant manager at Easons, O’Connell Street said she had parked her car in the laneway shortly before she began work at 7.45am.

Less than an hour later she was alerted by a colleague who was unloading pallets of stock which had been delivered to the laneway earlier in the morning.

Ms Shine said boxes had been thrown “all over the place” and that the side of her car had been damaged by one of the pallets.

CCTV footage played in court shows what appears to be a cardboard box being thrown into the air less than a minute after Mr O’Connor can be seen entering the laneway.

However, the footage does not show who throws the box or who caused the damage.

When approached by gardai later in the morning, Mr O’Connor, who owns a camera and photo centre on William Street, admitted he had “pushed” the pallet out of the way.

However, he denied hitting Ms Shine’s car with the pallet. “I pushed the pallet out of the way of our door,” he told gardai.

Under caution, he said he had complained to Limerick City and County Council about rubbish being left in the laneway by staff at Easons and he stated: “There is no cooperation from Easons whatsoever, they are disrespectful.”

Following an application from solicitor Caitriona Carmody, Judge McCarthy dismissed the charge saying the State had not established its case beyond a reasonable doubt.