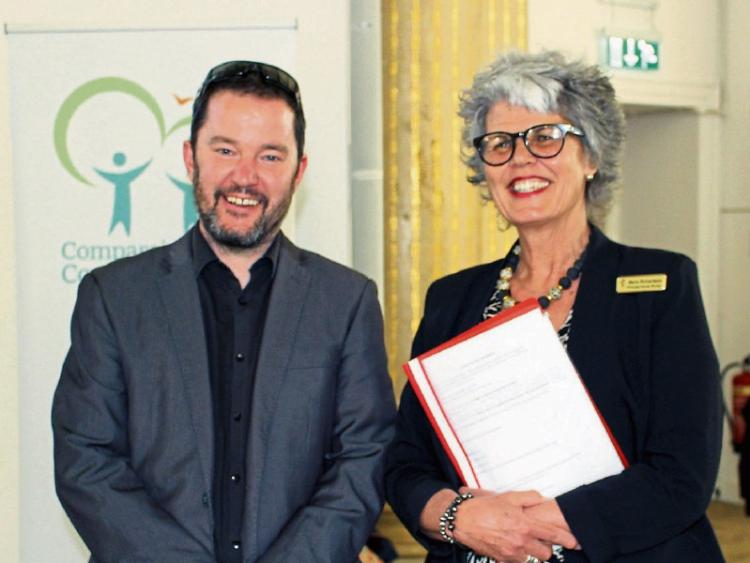 LIMERICK is aiming to become the first Compassionate City in Ireland and one of three in the the world, alongside Seville in Spain and England’s Bradford.

Milford Care Centre in Castletroy is behind the Compassionate Communities Project, which is being supported by the Mayor and Limerick City and County Council.

A public meeting was recently held at Limerick School of Art and Design to explore the Compassionate Cities Charter with a view to enabling Limerick to become recognised as the first Compassionate City in Ireland.

Over 150 people attended the meeting where they engaged in the issues of illness, death and loss presented through song by Noirin Ni Riain; poetry by Terry Murray and moving films by Rebecca Lloyd from Milford Care Centre’s Compassionate Communities Project.

“This is an issue that affects all of us,” said Dr Kathleen McLoughlin. “We know that very often people don’t know what to do or what to say when faced with illness, death and loss. It might be part of life, but it can be incredibly difficult.”

A Compassionate City is one in which citizens can feel supported in the face of illness and loss – in schools, workplaces, cultural and spiritual forums so that the personal and social costs of these issues – such as loneliness, depression, anxiety and physical illness can be reduced.

The Charter will be led by the City Council, supported by Milford Care Centre and involves working toward 13 social and civic actions.

“What’s brilliant about having a charter is that it gives us a roadmap to help us move forward, we encourage the citizens of Limerick to get involved, even in a small way, we need the people of Limerick to think about what they need in their environments, what initiatives are missing, what is not being said or done, and what can we all do about it, it’s time to join up the dots,” said Rebecca Lloyd, project worker.

Deputy mayor Cllr Gerald Mitchell said this could be “another first for Limerick”.

Another meeting will be held in June.

This will determine two or three key actions to be developed as part of the Compassionate Cities Charter.

The action plan will be launched on October 7, at the Compassionate Cities Summit which will be held at the Castletroy Park Hotel.

Limerick will then have two years to fulfil the actions on 13 points of the Charter and will be endorsed as a Compassionate City by Public Health Palliative Care International.