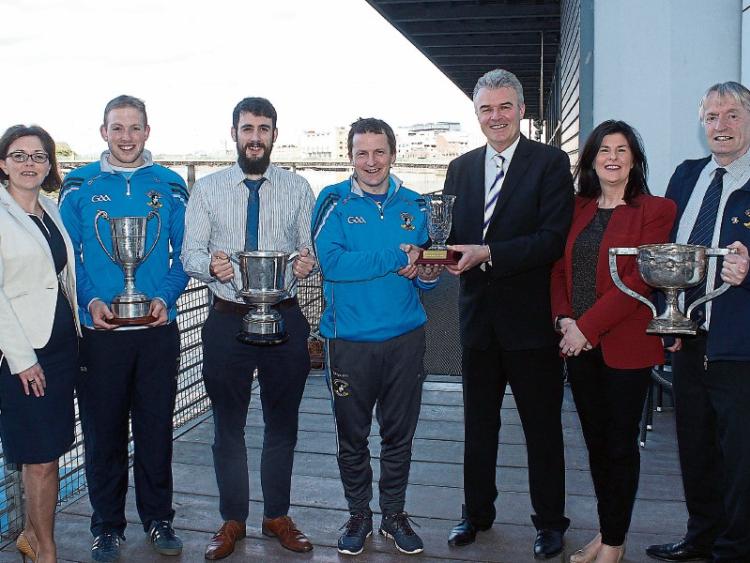 HAVING earned their place in the history books by securing Limerick’s first All-Ireland club senior hurling championship title in Croke Park on St Patrick’s Day, Na Piarsaigh have been named Limerick Persons of the Month for March.

The Caherdavin-based club wrote a famous chapter with a 2-25 to 2-14 win over Antrim’s Ruairi Og Cushendall. The title win was Limerick’s first piece of senior championship silverware in GAA headquarters since the All-Ireland senior championship of 1973.

“It’s certainly a fantastic slice of history for us and it’s a massive honour for us to be the first to bring it back,” smiled the team captain, Cathall King, at the Person of the Month presentation at the Clarion Hotel recently.

“It’s just great that we got as far as we can get as a group of players — it’s the absolute pinnacle of the game in terms of club hurling and to say that we reached the top, it’s just incredible for all of us. It’s really great considering the amount of work that we put into it.”

When asked what came right for the team this year — they had lost two All-Ireland club semi-finals in 2012 and 2014 — Cathall, 28, said the experiences of recent years have led to a “maturing of the team”.

“We were there or there abouts over the last five years — we lost two All-Ireland semis already. I suppose these things just take time — time and effort. This year, we just seemed to gel together and everything worked for us.”

The captain, who is a music teacher in Gaelcholáiste Luimnigh, and was highly commended for his bilingual acceptance speech on the steps of the Hogan Stand, was joined at the Clarion Hotel by his teammate Shane Dowling.

The 23-year-old who grew up “only a stone’s throw” from the Na Piarsaigh grounds, said that bringing the Tommy Moore cup back to his club grounds “means everything”.

“It’s the usual cliche, but it does mean everything,” he emphasised.

“I spent all my childhood there. You know everyone quite well — it’s your life.”

The All Star was delighted for the coaches down through the years, who brought the team, managed by Shane O’Neill, to where they are today.

“It’s thanks to them and all their hard work. I remember Paddy Verdon, a stalwart of the club, saying a number of years ago that if he could just survive to see us bring home the Daly Cup (the cup presented to Limerick’s county champions), he’d be happy. He was quite ill recently and I went in to visit him the Tuesday before the All-Ireland in hospital and I told him that I would make him one promise, that if we did win the Tommy Moore cup I would be in first thing on Friday morning. Thankfully, I was able to stick to my word and he was shocked when we walked in the door.”

While it’s “back to business” now for the city-based side, who face Kilmallock in the opening round of the championship, the players, managers and supporters have stored up memories for a lifetime over the past month.

“The night of the game, the Thursday night, obviously we had great craic coming home. When we got home, Na Piarsaigh was packed. I would be the type of character who would like to spend time with everyone in the clubhouse and go around talking to the supporters.

"At one o’clock, I was just so tired — you would be just so physically and mentally drained the night of it, so once I was happy that I had met everybody and I hadn’t missed any craic I walked away, home to bed, sober as a judge, a happy man.”

The Person of the Month award is sponsored by the Limerick Leader, media agency Southern, and the Clarion Hotel.