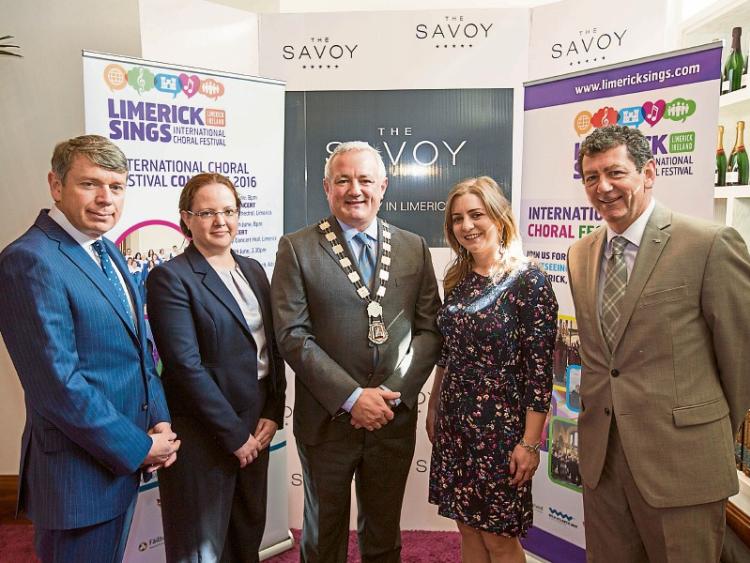 CHOIRS from Ireland and around the world will take centre stage in Limerick city and county this summer for the annual Limerick Sings International Choral Festival.

The three-day festivities will kick off on Friday, June 10 and will conclude on Sunday, June 12, and events will take place all over the city and county, including University Concert Hall, St Mary’s Cathedral and Holy Trinity Abbey Church, Adare.

Campus Life Services, at UL, and UCH first established the festival to attract visiting choirs of all traditions and nationalities to Limerick for a weekend of festive, non-competitive singing around the city.

Gillian Costelloe, Campus Life Services, said that the festival had benefited from RTÉ and Fáilte Ireland support, which she said was "invaluable to the growth and prosperity of the region as a musical, conference and events destination”.

Limerick Sings has linked up this year with Irish woman, Zoe Franciscus, based in Seattle and a partner in Perform International, a leading music tour company which brings choirs and orchestras all over the world on tours.

“Limerick is an ideal base for me to use to bring visiting choirs to Ireland because the city offers great music venues and an attractive centre for touring the west of Ireland. And, of course, access is so easy through Shannon airport,” she said.

On June 12, a Sunday Proms will take place in Holy Trinity Abbey Church in Adare, featuring a programme of folk, traditional and gospel songs.