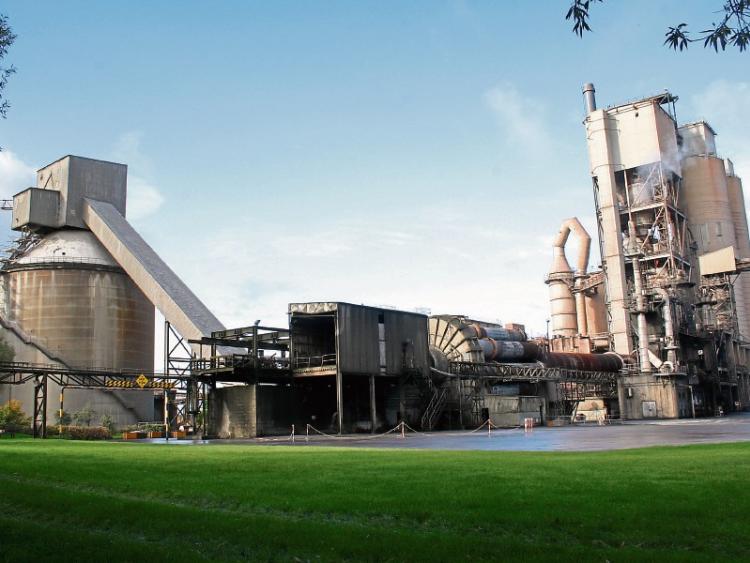 IRISH Cement is to halve the amount of alternative fuels it is planning to burn at its facility in Mungret in Limerick – to 90,000 tonnes.

It comes after a public outcry against the original proposals, which will see tyres and other materials being burnt at up to 1,400 degrees celsius.

Irish Cement had announced it is to invest €10m at the plant to replace the use of fossil fuels at its cement-clinker plant, in a move which will create 40 construction jobs, and secure the future of the 80 staff working on site.

But these proved controversial, with more than 450 people signing a petition in opposition, citing fears over the impact on the environment of burning tyres at such high temperatures.

James Gaffney, Green Party, said although he welcomes the reduction, he warned that “using alternative fuels, such as tyres” remains “inherently risky”.

But Irish Cement says due to the “extreme temperatures” required for cement production, burning tyres will not lead to any increase in emissions.

”There is close to 40 years’ experience in the European cement industry with a wide range of alternative fuels including tyres, which demonstrates the safety of using these fuels in the cement kilns,” a spokesperson said.

Irish Cement withdrew its initial planning application, with the council referring it to An Bord Pleanala to decide whether the project should be classed as ‘strategic infrastructural development’ – a move which would have seen the project bypass local planners.

However, the company announced this Monday it is submitting an almost “identical” application  – with one key difference.

“It is seeking permission to use a lower amount – 90,000 of alternative fuels – just under half of the amount previously sought,” a spokesperson for Irish Cement said.

The Chronicle understands the reduction in proposed production is a bid to ensure the project gets off the ground in a quick a time as possible.

“Fossil fuel replacement is an important part of the industry’s climate change commitments. The cement factory is moving away from fossil fuels to help reduce carbon dioxide emission,” a spokesperson added.

Mr Gaffney warned: “Blockages [in the kiln] can occur, leading to blasts causing dust releases in the air surrounding the plant. Dangerous chemicals such as dioxins and furans could be released into the surrounding atmosphere. It is not the case the new process will allow Irish Cement increase their profit margins at the expense of public health?”