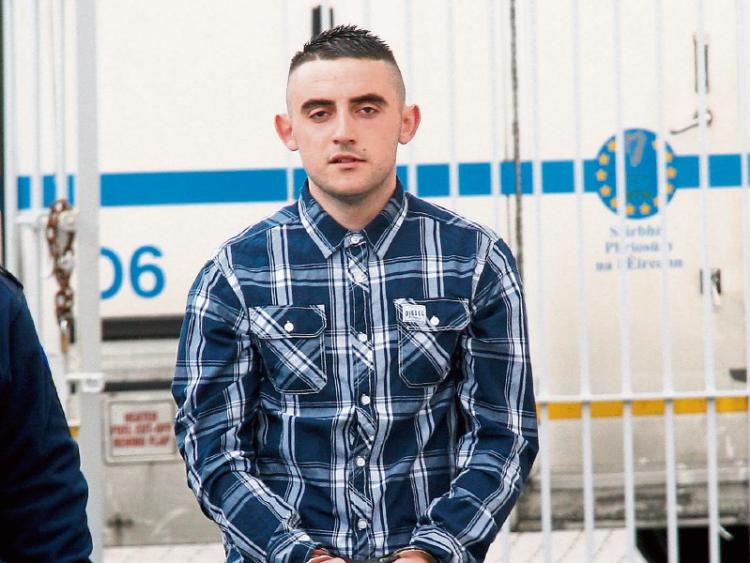 Nathan Ring was convicted by a jury at Limerick Circuit Court. He will be sentenced on May 12

A YOUNG man will be sentenced next month after he was convicted of possession of an improvised shotgun and ammunition at a housing estate on the southside of Limerick city.

During three days of evidence last week, a jury at Limerick Circuit Court was told the defendant, whose family are originally from Ballinacurra Weston, was observed by gardai throwing an object over a wall into the front garden of a house at McDonagh Avenue, Janesboro on September 12, 2014.

Garda Timothy O’Connor said as he and a colleague were responding to a call, he noticed the defendant was carrying a “white item” which he observed him throwing over a wall when he noticed the garda van.

Garda Finbarr Russell, who was the observer in the garda van, said he observed Ring veering towards the front wall of a house and throwing a “white item” over the wall with his two hands.

The jury was told a white sports sock, containing two metal bars and a single shotgun cartridge, was recovered from the garden of the house a short time after Ring was arrested.

He said one of the metal bars measured 435 millimetres in length while she second measured 121 millimetres.  The larger bar, he said, fitted into the smaller one, which had a plate welded to the rear of it and a point at the centre.

The court heard that when loaded in the barrel, a cartridge would be activated by hitting the point.

Det Garda Lawlor told the jury a firing test was carried out using a blank cartridge and that he had concluded that collectively the two metal bars could be classed as an improvised firearm.

Ring was remanded in custody pending a sentencing hearing on May 12.