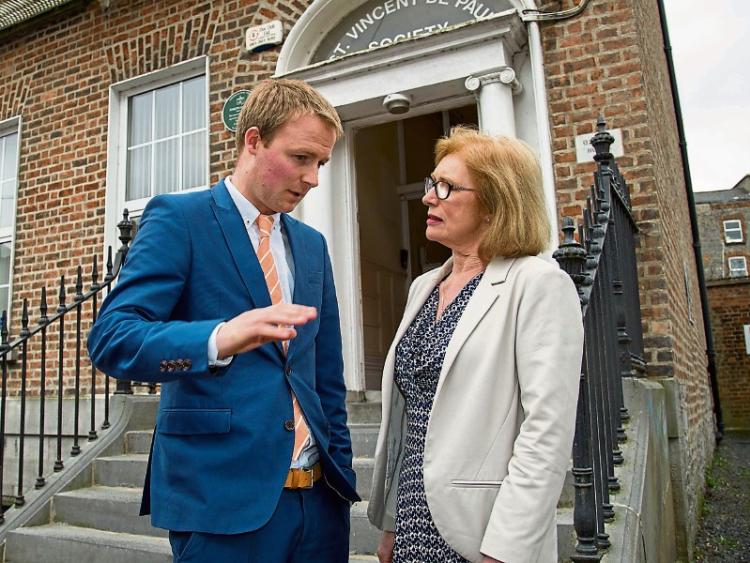 A UNIQUE GP service in Limerick has reached a milestone in conducting over 1,000 consultations with homeless people, drug addicts, migrants, sex workers and others who feel marginalised in society.

When Dr Patrick O’Donnell undertook a Masters in global health at Trinity College Dublin some years ago to examine the needs of the health system and design programmes to help remedy what’s needed, he “never thought I'd be using it here in Ireland, or here in Limerick”.

From the outset he met with over 40 groups and individuals who work with marginalised groups, including clients of Ana Liffey, North Star, Saoirse, Slainte.

“I went pretty much everywhere I could think of, asking if something (was) needed, and a lot of the same issues kept coming up,” he told the Limerick Leader.

This pilot primary healthcare clinic for marginalised groups opened in April 2014 in Limerick city and now marks two years in operation, with clinics run at Ana Liffey on Ballysimon Road and at St Vincent de Paul on Hartstonge Street.

"I come here because over being homeless, a drug addict, things like that,” said one patient.

“Other GPs would have their mind made up before they even see you; rush you in, rush you out. That's my main reason for coming here. There's a stigma attached to homeless people and drugs addicts - they don't want them in their surgeries.

This clinic has been established by the Partnership for Health Equity and is co funded by the University of Limerick, the North Dublin City General Practice Training Programme and the HSE.

The clinic, Patrick said, is now busier than ever, and it was also recently highly commended by the selection panel for the HSE Health Service Excellence Awards 2016.

Some 60 medical students from the university now sit in on the Limerick doctor's clinics as part of their practical learning modules.

“They [the students] had never sat down with someone who slept rough last night, injected heroin this morning or travelled half the world as a refugee and ended up in Limerick. It’s removed from the medicine bit – it’s trying to understand why a person is the way they are,” he explained.

Mental health is nearly an aspect of every consultation “and that’s not surprising when you’re working with marginalised groups – depression, self harm, threats to suicide, psychosis, bipolar and schizophrenia, you see it all.”

“Patients come in with 10 things on a list because they haven’t seen a doctor in so long, and then I see another 10 things.

“It can be very difficult to pick apart addiction from mental health, there’s an element dual diagnosis. Which came first?

“I’m very proud of the work. I've learned a huge amount from it, and a lot of patients I’ve got to know very well. Limerick is a hard place to start fresh for a lot of people. It's not as simple as writing a prescription and sending someone on their way."

It is not their intention, he said, “to set up a parallel health system and take marginalised people away from that system. It’s about working with people when their lives are chaotic, trying to stabilise the situation, reintroducing them back into the system.”

The availability of the medical card to some people is a huge issue for some patients who don’t generally see a GP. Then there are challenges with literacy, filling out a form, having a permanent address when lives are in such a state of flux.

“A lot of the struggles I see in my patient are outside my control – such as private rented accommodation. That’s affecting their health, but I’ve no solution to it, that’s where others, such as in SVP can help in tandem.

“You worry a lot about people coming back. Some people don’t know where they’re going to be tomorrow, not to mind in two weeks, so you’re trying to balance doing a lot without overburdening people or scaring them, when it may have taken them a lot of time and courage to come and ask for a blood test for hepititis.”

Many others present to him who are very much “under the radar, undocumented migrants, who are terrified of authority and forms because they’re worried they’ll be traceable.

“They came when the boom was here, then the tide went out and they’re still here but they don’t qualify for medical cards or habitual residency. They’re tipping away under the radar quite quietly, but they’re a very vulnerable group.”

Sex workers also avail of his clinics, and are often directed by Doras Luimni, the local support group for all migrants.

“People will never some in and say I’m a sex worker, but they will ask for certain tests.”

Building up confidence and trust in the health care system is another issue, especially when people have had bad experiences in the past.

“One of the questions I’m frequently asked  is ‘How long are you going to be here?’,” added Dr O'Donnell.