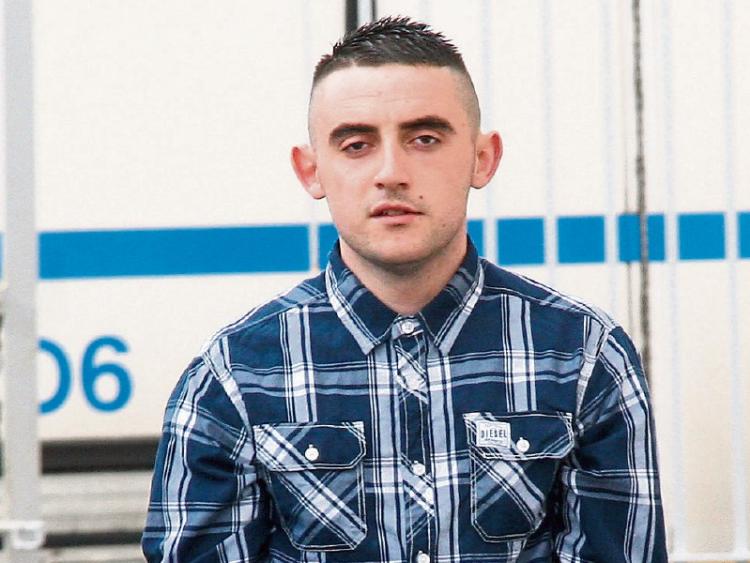 Nathan Ring has pleaded not guilty

THE trial has opened, at Limerick Circuit Court, of a young man who is accused of possession of an improvised shotgun and ammunition more than 18 months ago.

Nathan Ring, aged 20, who has an address at St Michael’s Place, Ballinasloe, County Galway faces two charges under the provisions of the Firearms and Offensive Weapons Act.

Both charges relate to an incident at McDonagh Avenue, Janesboro on the afternoon of September 12, 2014.

Opening the trial, this Wednesday, John O’Sullivan BL, prosecuting, told the jury it will be alleged the defendant, whose family are originally from Ballinacurra Weston, was observed throwing an object over a wall into the front garden of a house.

“The prosecution case is that what was retrieved (from the garden) amounts to an improvised shotgun,” he said adding that Mr Ring is entitled to the presumption of innocence.

Garda Timothy O’Connor, who is attached to Roxboro Road garda station, told the court he was driving a marked patrol van at Childers Road at around 2.20pm when he received a call via the garda radio system after an unidentified caller contacted the garda station.

He said he and a colleague then travelled to McDonagh Avenue via O’Donoghue Avenue where he observed four men walking on the footpath.

Garda O’Connor told Mr O’Sullivan he had “absolutely no doubt whatsoever” it was the defendant who he observed on the day.

Garda Finbarr Russell, who was the observer in the garda van, said he observed Mr Ring veering towards the front wall of a house and throwing a “white item” over the wall with his two hands.

He said he did not know what the item was and that the first time he saw it was after his colleague had placed it in an evidence bag in the back of the van.

The jury was told a white sports sock, containing two metal bars and a single shotgun cartridge, was recovered from the garden of the house a short time after two of the four men were arrested.

The items, which were seized by gardai on the day, were shown to the jurors this Wednesday afternoon and it is expected they will hear evidence from a ballistic expert this Thursday.

Garda O’Connor said the smaller of the two metal bars, which is around six inches long, has a pin welded inside it and that it fits over the longer metal bar like a cap.

The jury has been told that none of the other three men – who were identified as Mr A, Mr B and Mr C – are before the court.

One of the men, Mr C, who was not wearing a top, was carrying a baseball bat which was wrapped in black tape.

He fled the area along with Mr B after gardai approached them after getting out of the patrol van.

Being questioned by Pat Barriscale BL, defending, Garda Russell agreed Mr Ring had stopped when asked despite there being “nothing to stop him and Mr A from legging it”.

A yellow-handled screwdriver and a small spanner were recovered following Mr A’s arrest.

The leg of a timber chair or coffee table was also recovered on the road but Garda O’Connor agreed, under cross-examination, that he did not see who had dropped it.

The jury of six men and six women has also been shown photographs of the location where the items were recovered.

The jurors have been warned by the presiding judge not to discuss the matter with anybody until the trial has concluded.