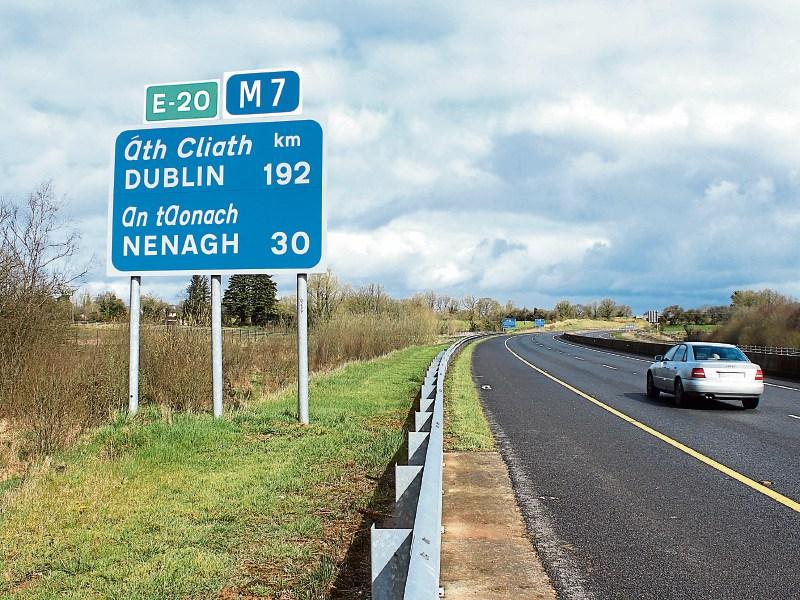 A councillor has called on the NRA to carry out a safety audit of sections of the M7 over fears of aquaplaning.

A TIPPERARY councillor has called on the NRA to carry out a safety audit of sections of the M7 over fears of aquaplaning.

Cllr Hughie McGrath said he has received an increasing number of reports in recent months about sections of the road between the exits for Birdhill and the Mackey roundabout on the outskirts of Limerick city.

“I’ve had several professional drivers – lorry drivers and full-time reps - come to me. They would be used to driving on roads up and down the country.

“They are concerned about water lodging, sitting on the road and causing aquaplaning. It seems to sit too long, it doesn’t drain away,” said Cllr McGrath.

Aquaplaning by the tires of a road vehicle occurs when a layer of water builds between the wheels and the road surface, leading to a loss of traction that prevents the vehicle from responding to control inputs.

Mr McGrath says there has been a number of accidents on that stretch and he believes, from the descriptions, that some were partly caused by aquaplaning.

“At night-time you can actually see the film of water sitting on the road with your headlights. I raised it at the last last council meeting and called on the NRA to carry out some sort of safety audit or skid resistance on it,” said Mr McGrath, who as a former lorry driver for 16 years and working with Kelly’s of Fantane knows many working in the transport and construction industries.

The independent councillor has a concern about the camber.

“I know on a road that there is a set degree of camber from the middle of the road to the edge of the road so that water moves off. There is no road flat because if the road is flat the water sits on top of the road.

So even if you or I think we are driving on a flat road there has to be a slight fall from left to right or right to left. There are sections on the M7 that the water isn’t moving, it’s lodging,” said Mr McGrath, who raised the matter to try to reduce traffic accidents in the future.

Responding to the claims, a spokesperson for the NRA said motorists must drive to the conditions - especially extreme weather events.

“If people slow down during bad weather events they improve the overall safety of all road users,” said the spokesperson.

They said they have reviewed that length of motorway and there was nothing found from a road engineer viewpoint.

However, one school of thought is that the topography of the area is resulting in the prevailing winds blowing the water back onto the road during heavy storms.

Another theory being mooted about the unusual circumstances is that it could be in some way connected to Annaholty and Drominboy bogs.

Work started on the 12.5km Birdhill to Limerick section of the M7 motorway in 2006 and was scheduled to open in May 2009.

It was delayed by over a year because of subsidence on a stretch of road known at the time as the “sinking motorway”.

The problem was caused by the failure of supports driven into the bogs on which the road was constructed.

Local tales include heavy machinery being swallowed by the bogs and they are described as “bottomless”.

As a result, a 100m section had to be excavated and rebuilt from scratch to successfully complete the project.

The NRA said in 2010 the problems presented by the bog were “the major engineering challenge”.