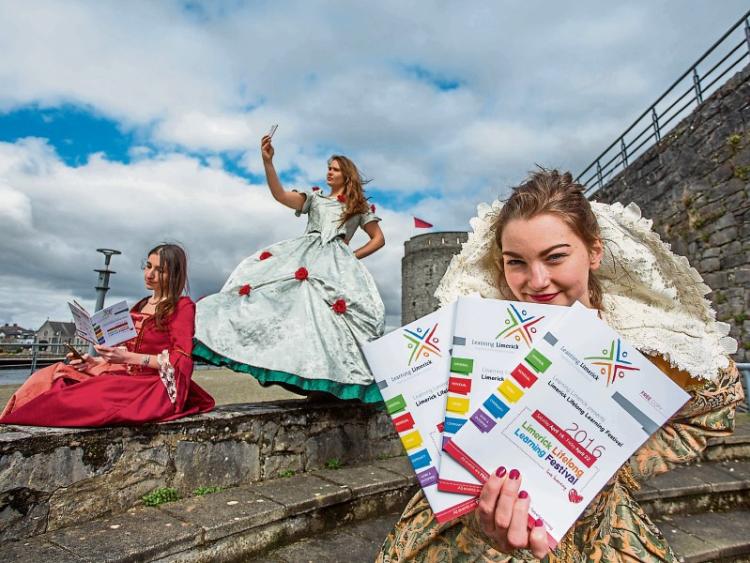 Brigitta Rizzati, Caragh May O'Mahony and Julie Fasang launch the festival in outfits from a Hunt Museum fashion workshop, a week long event that will take place during the Lifelong Learning Festival

FROM fashion to line dancing, photography to art, tennis to digital media, the Limerick Lifelong Learning Festival has it all, with over 200 events taking place over a week in April.

The event, returning for a sixth consecutive year and beginning with a showcase event at Thomond Park on April 16, was launched in City Hall this week under the theme “Learning from Each Other in a Changed Limerick”.

The festival is overseen by the Learning Limerick steering group and chair of that organisation, Josephine Cotter-Coughlan, said that it was “all about promoting learning and enjoyment through involvement in the wide variety of art, cultural, IT and sports activities that feature in the programme”.

To that end, she said there was “something for everyone – wherever you live, whatever your age and whatever your particular interests”.

The festival is the brainchild of Yvonne Lane of Learning Limerick, who took inspiration for the festival from a similar one in Cork, with which it retains strong links. The Limerick festival will also be represented at the 13th PASCAL International Learning Cities Conference to be held in Glasgow in June.

“We hope, through that conference, to partner with a number of other international learning cities under UNESCO and perhaps even to embark on European collaborative projects, with other learning cities and to share best practice and learning in that form,” Ms Lane told the Limerick Leader. 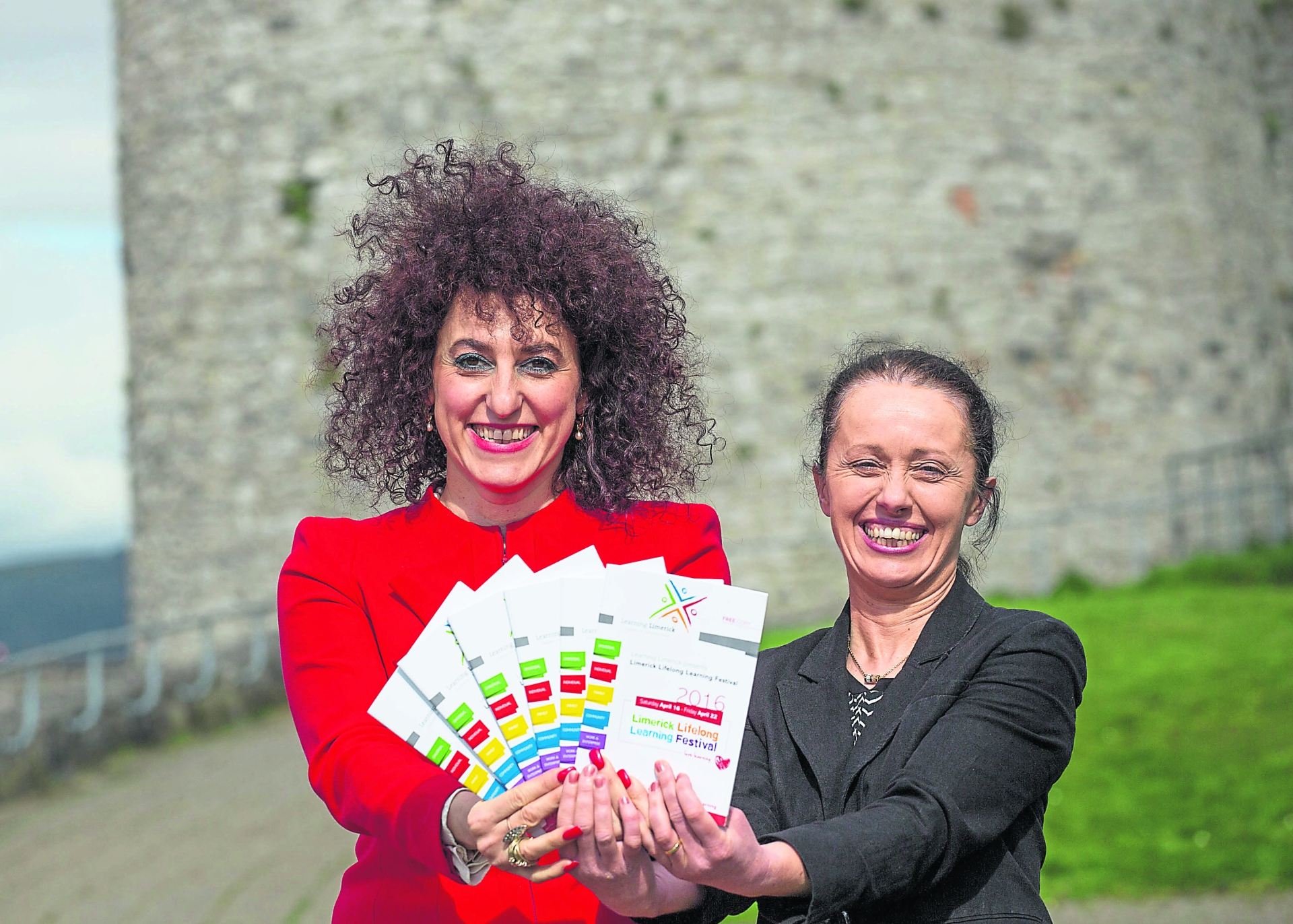 The festival has grown to 200 events from just 70 in its first year, a fact that the organisers are understandably proud of. Regarding the theme of a ‘changed Limerick’, Ms Lane said: “Limerick is now a new environment, with a lot of different cultures and nationalities, the whole idea of an intercultural city and the idea of looking back to what we have learned, tying in with the centenary celebrations this year and mentioning the cultural elements of Limerick and the Limerick 2020 bid, that we see that the theme speaks to many of those things and is very current and exciting, looking for Limerick to take off.

“Learning from each other in the sense that we have a lot of new communities, new forms of learning, all sharing that and teaching each other something and learning something new every day,” she added.

Mayor of Limerick City and County Cllr Liam Galvin was at the launch and said you can “never stop learning”.

“We have a saying at home in my own house, every day should be a school day. Because if you learn one small thing every day, it is a good day,” he said.

“This is a great initiative, it is great for people that, for example, might have fallen off the ladder somewhere along the line - ie pulled out of school early. And it is not just about learning to read and write, this is about learning maybe to do cookery classes and there are all different initiatives in this programme. I think it is a great way for people to get back into education.

“One thing I should say is, people should never be embarrassed to learn, it is the people that don't want to learn should be embarrassed,” he added.

The Limerick Lifelong Learning Festival runs from Saturday, April 16 to Friday, April 22. See www.limerick.ie/lovelearning for a full list of the many events taking place.