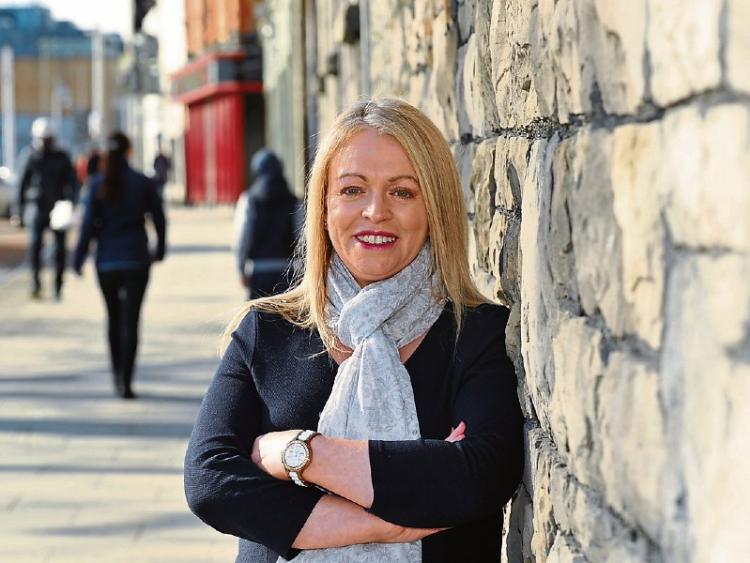 Joan Meskell is dedicated to raising awareness of the condition

JOAN Meskell from Adare is one of an estimated 15,000 people in Ireland who suffer from lymphoedema, a condition that causes severe swelling of the arms, legs or other areas of the body.

In Joan’s case, the condition affects both her legs but despite having it since early childhood, it was not diagnosed as lymphoedema until about 15 years ago when she was in her late 20s.

“I always knew that I had a problem with my legs. My legs were always kind of red and blotchy and there wasn’t any shape to them as such, even as a child, so I was always conscious of that,” she explained.

Even when she sought advice from doctors, the lack of awareness of the condition meant that it was put down to poor circulation.

As she was growing up, she was able to cover up her legs with long skirts but there were still some occasions when it became a problem, such as PE class.

“I always tried to get out of it, because I was conscious of it and we had to wear shorts,” Joan said.

Later, when she got a job in a hotel in Adare and had to wear skirts as part of her uniform she became increasingly conscious about the size of her legs. Being on her feet for long periods of time also exacerbated the discomfort which is associated with lymphoedema.

“Sometimes when I was working 12-hour shifts, I would take my lunch break in the staff area with my legs in two buckets of ice water because they would be so sore.”

On another occasion, following a holiday in Turkey she ended up hospitalised for a week due to an infection associated with the condition. It resulted in an elevated heart rate and fever. Again, however, none of the doctors who treated her could identify the precise cause.

“I did speak to lymph therapists and they did say that it was possible I had cellulitis but [the doctors] missed it because they wouldn’t be really aware of what lymphoedema was,” she said.

In 2014, she joined Lymphoedema Ireland, a group dedicated to raising awareness of the condition and improving services for people who suffer from it. As part of its campaign, it designated the month of March as Lymphoedema Awareness Month.

According to Joan, there are no supports in place for people like her who suffer from primary lymphoedema. And the costs associated with managing the condition can be significant. For example, one lymph drainage session costs about €70.

Similarly, the compression garments that many sufferers must wear can also be expensive, yet they are not eligible for any medical expense refunds.

The lack of awareness among medical professionals is another issue the group is hoping to address. Joan pointed out that there is no specialist lymphologist in Ireland and many GPs are still lacking in knowledge about the condition. More specialist lymph drainage clinics are also needed.

“There are a lot of gaps there. We are trying to get more patient supports in place,” Joan said.

“There are no services for us as adults and there is nothing at all there for children.” She also wants to raise awareness of the condition for those who suffer from it and their families. There is no cure but by identifying it early and becoming aware of how to manage it, lymphoedema can be effectively controlled.

In her own case, having the condition diagnosed was a big step in learning to deal with it.

“When I was diagnosed with lymphoedema, that is when I started to embrace it. I was thinking I am not going to let this affect me any more because I have a condition,” she said.

“I was always conscious of it, but nowadays I am a bit more relaxed about it.”

For more information about lymphoedema, see www.lymphireland.com or phone the dedicated information line at 087 6934964.