Missing Anthony: 'The pain doesn't get any easier' 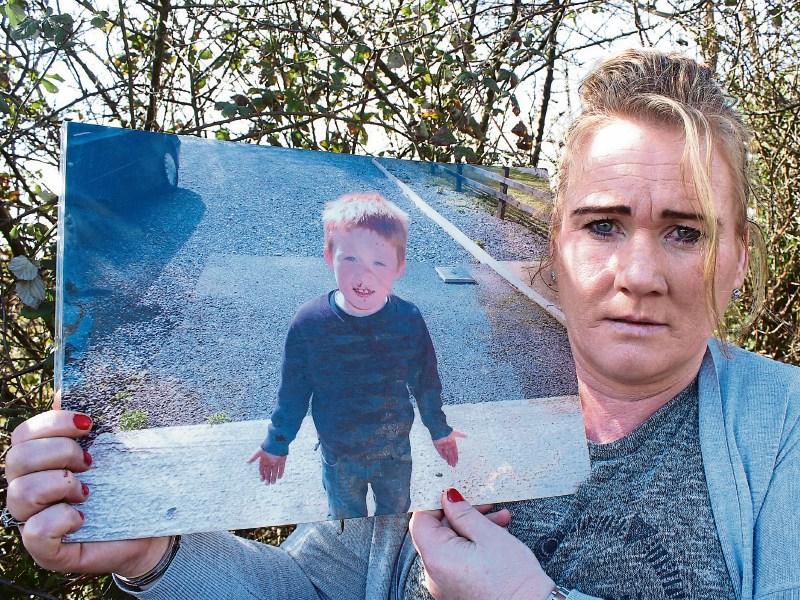 Eileen Fitzgerald, Murroe, holds a picture of her son Anthony, aged 6, who was killed in a car accident in 2012, and below, with Cllr Lisa Marie Sheehy at Anthony’s plaque

A COUNTY Limerick woman whose six year-old son was killed in a car accident has made an emotive plea to motorists to slow down – after witnessing drivers speeding while she tended his roadside memorial.

“Anthony’s fourth anniversary is on April 11 and the pain doesn’t get any easier,” said Eileen Fitzgerald, whose “baby boy” died on the road outside their home in Ros Fearna, Murroe.

Eight people have died on Limerick roads so far this year compared to four in all of 2015. Eileen was at the plaque to her beloved son before Easter.

“I was putting down flowers and an Easter egg and I was watching the cars going up and down. Every car that went by the speed sign flashed red – not one car was under the speed limit.

“People don’t take any heed of those flashing speed signs. I was there for about an hour cleaning and picking up bits and pieces at his plaque. I cried on the road when I saw the amount of people speeding,” said Eileen, who says it is going on “all over the county”. 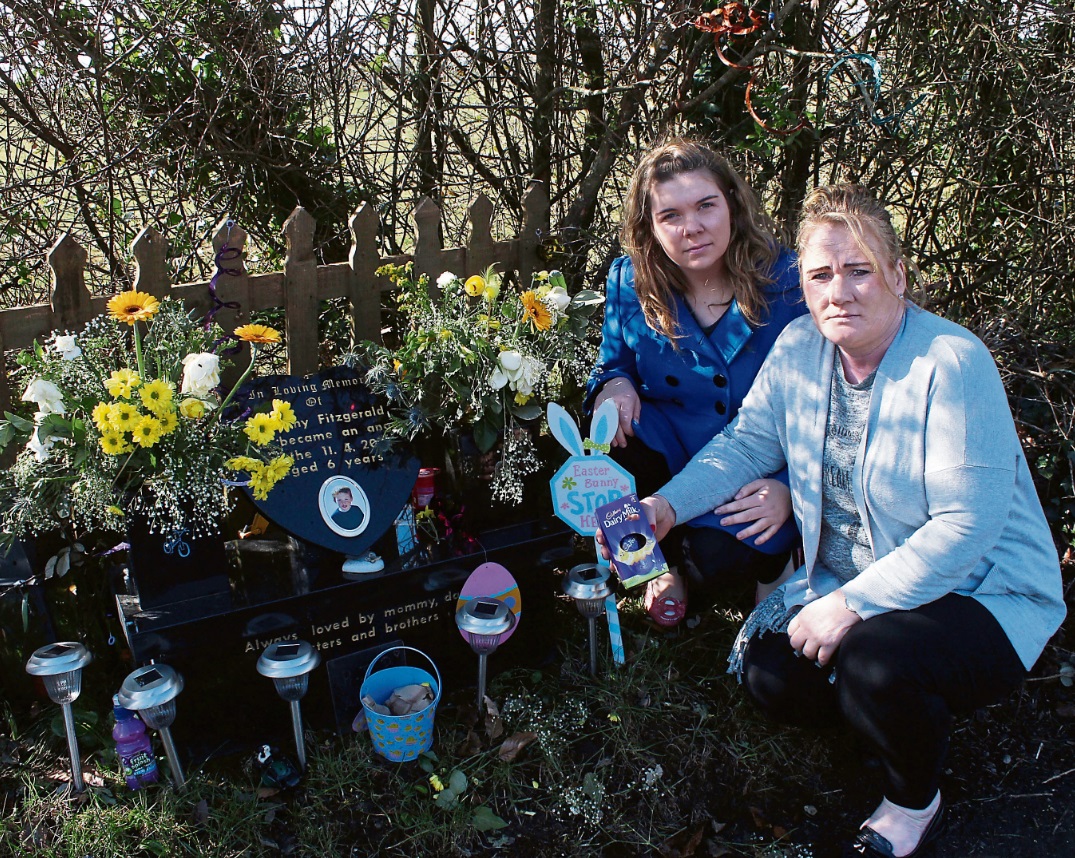 She has called for ramps to be installed on the straight stretch of road outside the village as it is the “only way” to slow cars down.

“There is a little back road coming into Murroe and there are speed ramps on it.

“I have another little boy and he does a lot of training with Murroe-Boher GAA Club. He is always up and down the road to the pitch. I’ll drop him up but he could be finished at 1pm, 2pm or 3pm. He has to walk down across the road on his own.

“And not only him, there are heaps of kids in the estate that have to cross that road. They are always over and back,” said Eileen, whose family said after Anthony’s funeral that they understood it was a tragic accident and their thoughts were with the driver of the car.

“It’s a straight road the whole way up along. You have to be wary at all times. I’m an adult of 45 years of age and I’m even frightened crossing the road walking up to the village,” she added.

Eileen spoke to the Leader to try and prevent future accidents.

“If I had to see another mother go through what I went through I wouldn’t be able for it. He was only six and he was the youngest of six. He was my baby.

“It’s a desperate situation to be in but what can I do? I’ve no choice only to get up and try to help other mothers. I don’t want to see them go through the same things I have been through.

“I always abided by the rules of the road, there were times before my little boy was killed where I would go slightly over the speed limit, not much, maybe 5km. I’m not going to say I’m perfect because I’m not but never 20kms or 30kms as I saw when I was on the road at Anthony’s plaque.”

Eileen has been backed in her campaign to get ramps installed by Cllr Lisa Marie Sheehy, who raised it at a Cappamore-Kilmallock municipal meeting.

She said there has been two fatalities on that stretch of road.

“When the mother of a six-year-old boy, who was killed, tells you she is not happy and that ramps are the only solution it is very hard to disagree with. Ramps are the only thing that physically slows cars down. There is still speeding going on.

“If they are unpopular in this case I don’t care. It is an exceptional circumstance and two or three thousand euros is not exorbitant. I think ramps are needed and I think it is our responsibility. If they aren’t put in an accident will happen. Two have died there and the ramps are needed to prevent further trauma to the local community,” said Cllr Sheehy.

The flashing speed lights are a good traffic calming measure but when two lives have been lost you know there is a problem, she said.

“We are the eyes and ears of the public. One life is too many,” said Cllr Ryan.