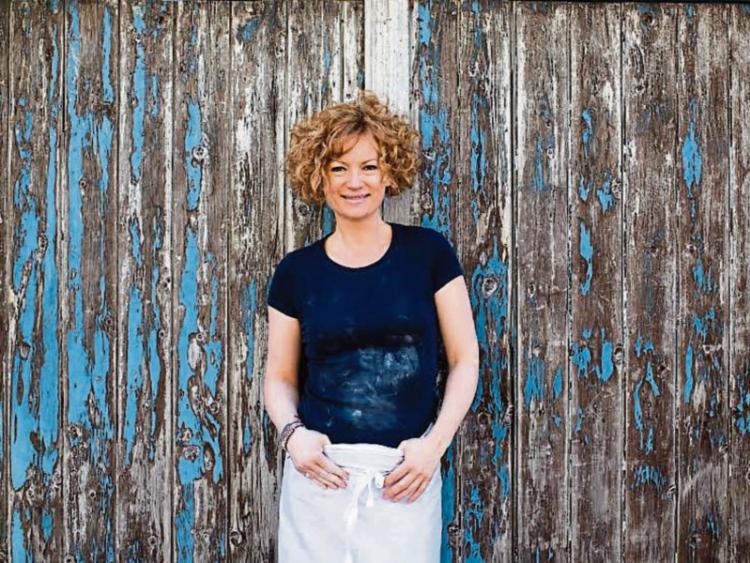 Valerie O’Connor who is launching her book on April 5 Picture: Tarmo Tulit

“LIFE is too short to spiralise a carrot,” says cookbook author Valerie O’Connor, who like her somewhat more famous counterpart Nigella Lawson, is against the notion of ‘clean eating’.

Yet there are plenty of nutritious, wholesome meals in her new book, Val’s Kitchen –  Real Food, Real Easy – without the modern, trendy food tags.

“I’m fundamentally opposed to the clean eating movement – it implies certain foods are bad, and that you are somehow dirty by eating them. Just call them something else. There are no spiralised courgettes in this book either,” she says, with a laugh.

Neither is it laded down with expensive health food store items such as cacao or almond butter, though there are plenty of nods to current trends with a healthy dose of fat, such as coffee with butter. “Thank God they’ve been undemonised,” she exclaims.

This 155-page production includes a mix of everything, from the nostalgia food of her childhood, to classics with an Irish twist, such as bacon and cabbage risotto, to another popular food trend of fermenting foods.

“It’s a new food movement, even though it has been around for about a thousand years. I have a lot of women and men in their 60s and 70s coming to my classes [in food fermentation] because they remember a time when you had to preserve foods, and didn’t have processed foods.”

Val moved away from her career as a press photographer some years ago to combine her passions of cooking and photography.

“I always wanted to be a food writer,” she told the Limerick Leader. “But I was told you either had to be born wealthy or marry wealthy. I was neither. It was pig-headed determination that got me through.”

After launching a blog about a decade ago about her efforts to put enough bread on the table for her two teenage sons as a single mother, Val’s career took off, and she is now a regular contributor to The Irish Examiner and The Sunday Times.

Valerie will be launching her third work published by O’Brien Press – the first two concentrated on bread – at O’Mahony’s in the city on Tuesday, April 5 at 6.30pm.