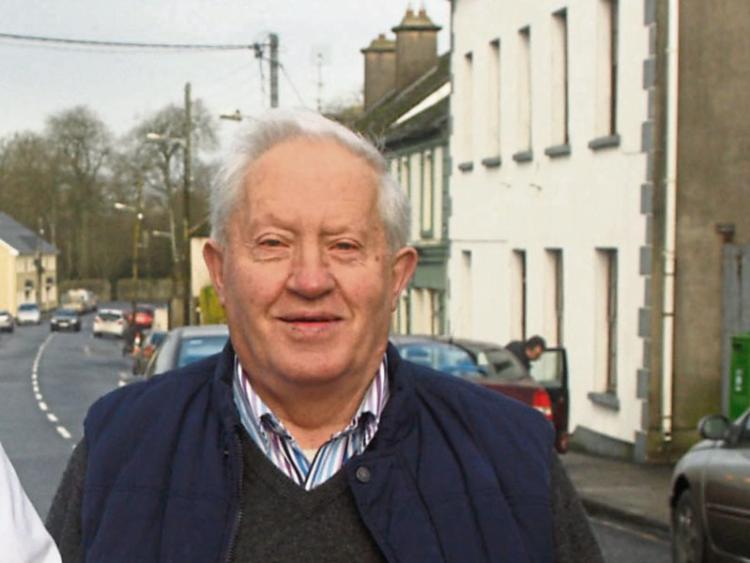 THE village of Hospital will mark the events of 1916 with a special commemoration this Easter Monday.

At 12 noon a parade will leave the church car park to the sound of a lone piper and a junior choir who will sing  songs on the way up the street.

The proclamation will be read outside the local hall by Michael Ryan ‘ The Chairman’.

His father - also Michael - read the proclamation in 1916 and got four years in Crumlin Road jail in Belfast as a result.

“It will be a proud moment for everybody involved,” said Michael.

“My father read the full proclamation and he was jailed then straight afterwards in Crumlin Road jail in Belfast. He was there about four years.”

The exact spot where Michael Ryan read the proclamation is unclear as there are no local records.

“We are reading it in front of the hall because there is space there,” said Michael.

“We were farmers but he was creamery manager in Knockainey creamery at that time. When he came out of prison and came back home he took up farming again.

“My father was also a district judge in the Sinn Fein courts. The courthouse was in Brennan’s House below in Lough Gur.” “He was chairman of the Board of Health. There were a good few Ryans around, we were known as the Chairman Ryans.”

His father never spoke about his time in jail – “never. I was listening to a programme on television recently and they said that a lot of people at that time didn’t speak about their experiences because after the Civil War there were relations pitched against relations and, I suppose, they didn’t want to be opening up wounds or that.”

“There was another Duggan man from Doon, he was in Belfast as well with him. My father was to be sent to Dartmoor but he got Black Flu and was too ill to go so he was spared that much. I had four uncles in the de la Salle Brothers. There was one of them on the Falls Road in Belfast who founded St Galls GAA Club over 100 years ago, Brother Albeus Thomas Ryan.

“He was transferred to Ballyandreen in the month of April but they couldn’t figure out why he was transferred because usually the Brothers were transferred during the summer holidays. I was telling them about my father being in Crumlin Road jail and it was then, after 100 years, they put the piece of the jigsaw together – for his safety they got him out of Belfast, in case there were any repercussions.”

Michael, 74, will be accompanied by his wife Mary at the commemoration. The couple have four children, Susan, Michael, Patrick and Ann-Marie.

There are also nephews and nieces coming from Dublin and England for the occasion. “We are the 10th generation of the Ryans here on this farm. I have a family tree that my father did going back to 1780.”

The monument to Patrick Lynch has been renovated and a plaque will also be unveiled there on the day.

According to former councillor Eddie Creighton, who is involved in organising the event, it should go on for  an hour and a half.

nThe West Limerick Old IRA 1916 centenary commemoration service will take place in Newcastle West, this Easter Sunday. At 12.30pm, the O'Riada Mass will be celebrated by Canon Frank Duhig, and will include choirs from Newcastle West and Monagea. Following the reading of the Proclamation, an oration will be delivered by hisotorian and lecturer Dr William Murphy, of DCU, who hails from Monagea.

At 4pm a wreath will be laid at the Donal Sheehan Memorial at Ballintubrid.