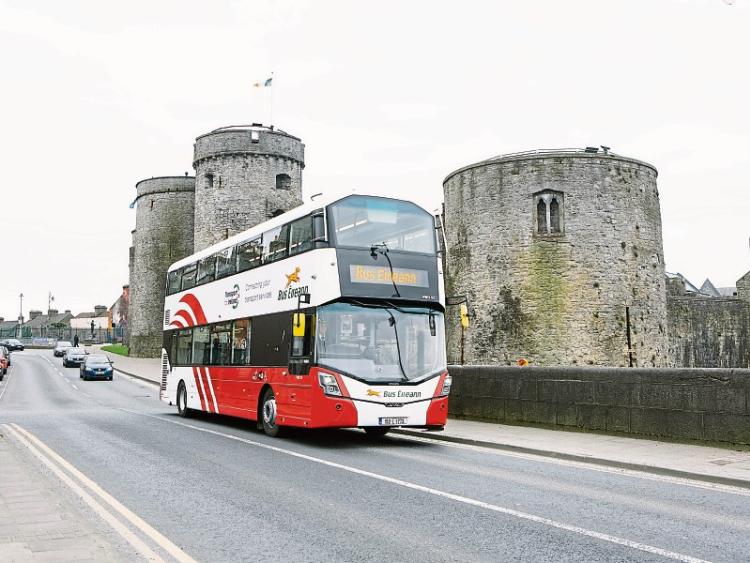 DOUBLE deckers have returned to service on local bus routes for the first time since 1984.

Bus Eireann has confirmed that, thanks to funding from the National Transport Authority, it is introducing four new double decker vehicles on the 304 route which connects Raheen, Dooradoyle, Garryowen and Castletroy with the city centre and the Crescent Shopping Centre.

Up to now, the state bus company had been using single deck vehicles on all its services. But with the 304 often having only standing room at peak hours, it has been forced to act.

The new double decker buses can accommodate up to 91 passengers, Bus Eireann says.

Miriam Flynn, Bus Eireann’s southwest manager said: “These state-of-the-art vehicles will help provide increased capacity, particularly on routes such as the 304, where there is significant demand, especially during peak travel times. This is one of our busiest routes where we operate a 15 minute frequency.”

Bus Eireann says these new wheelchair-accessible vehicles will have ‘real-time’ screens informing passengers of the stop they are approaching, plus free wi-fi.

Double-deck buses were last operated in Limerick in 1984, after which they were replaced with single deck vehicles.

Until recently, only commuter buses in Dublin City operated double decker services. However, Bus Eireann has also reintroduced these buses in Cork and Galway City over the last couple of years.

She said: “It obviously shows how busy the route is. The only double decker bus we have in Limerick at the moment is the tourist trail. I remember the old double decker buses well, so it will nice to see them back in Limerick, and providing a great link to the university. It will make public transport yet more attractive.”