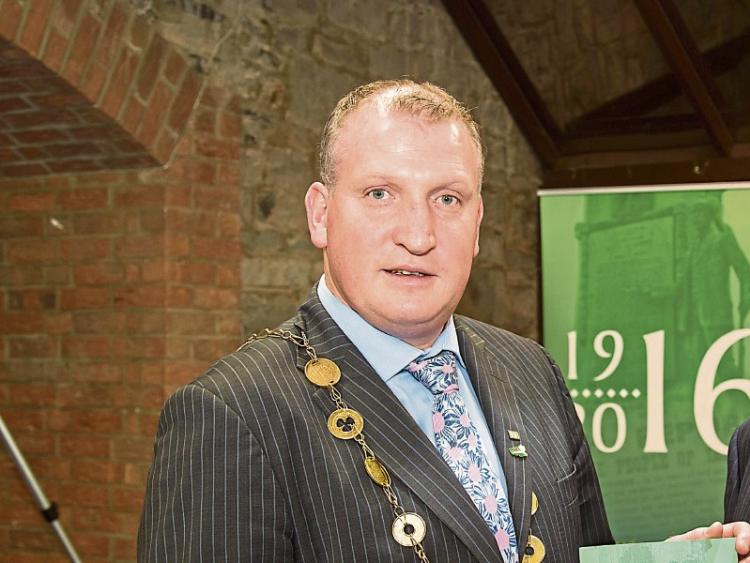 MAYOR Liam Galvin has backed a proposed 40% pay hike for councillors but says it should be full-time role  – with a “full-time salary”.

The increase would see their income go from just over €16,000 per year to €23,000. John Crowe, president of Association of Irish Local Government, said this week the amount of work that councillors are doing is “unbelievable”.

When Shane Clifford retired from politics at the end of 2015, Cllr Galvin told the Leader that local government has become “a full-time job”.

“I don't know how any person can keep down a full-time job with it and it is something the government is going to have to look at if we want to keep young people like Shane involved in politics,” he said at the time. This Wednesday the mayor welcome the pay proposal “if we are to encourage young politicians”.

“The public are giving out about some politicians – and I’m not being ageist here – being too old and they want male and female youth coming into local government. You will not survive on the existing salary that is there. It just cannot be done in relation to public life. I know people will respond to me and say people are on social welfare. But when you are in public life, if you want to raise a family, go to take out a mortgage you can’t. I welcome it but nothing has been sanctioned yet,” said Cllr Glavin.

But away from the rise he think councillors should be made full-time with a “full-time salary”. “If that means reducing public representatives so be it,” he said. Cllr Frankie Daly agrees.  “In the current format it would be a welcome addition - there are a lot of expenses in terms of transport costs, getting around to constituents, it is not cheap. Any improvement would be good but my own perspective is to make it full-time. You are not in it for the money. People think when you are a councillor you are very wealthy and it is a well paid job but the reality is it is not. It is more out of community obligation,” said Cllr Daly.

Cllr Cian Prendiville said being a councillor is a political commitment, not a career choice.

“For most councillors the allowance and expenses they get are an extra income on top of well paid jobs. It’s the equivalent of almost 35 hours a week on minimum wage on top of their incomes, and I don't see a need to increase that by 40% as proposed. In reality this ideas seems more like an attempt by some Seanad candidates to buy votes from councillors. Many of these same Seanad candidates have opposed the AAA’s call  for a raise in the minimum wage to €12 an hour for all workers. ​However, if being a councillor was a full-time job and only income, I understand that it would be tough for someone to get by on that,” said Cllr Prendiville.