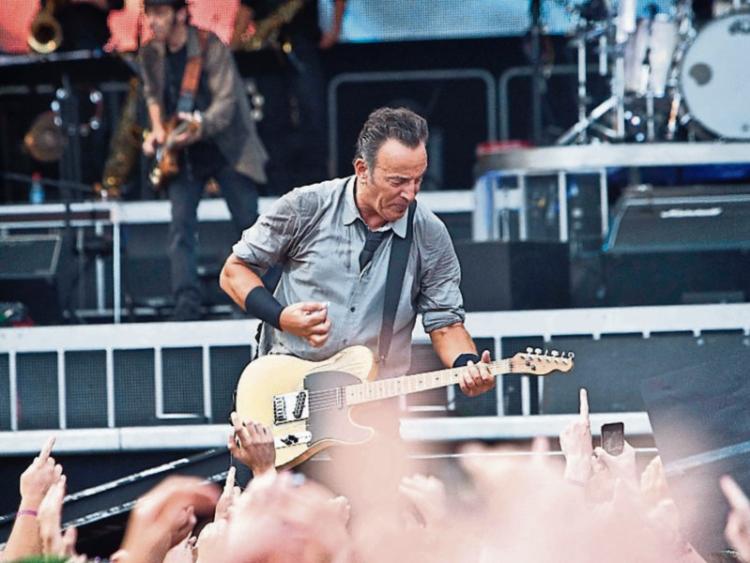 The Boss: Springsteen at Thomond Park in 2013, the last concert to take place in the stadium

THE prospect of any major concerts taking place at Thomond Park this year appears extremely unlikely, given the reluctance of major promoters to look beyond Dublin, according to stadium boss John Cantwell.

The last concert to take place in the stadium, redeveloped to the tune of €40m in 2008, was the sold out Bruce Springsteen show in July 2013.

Mr Cantwell told the Limerick Leader at the time that the gig would be a “great selling point for Limerick going forward in terms of the profile of the act and the scale of the event”, while concert promoter Peter Aiken indicated that he intended to return to the venue, yet sought to “dampen expectation” in the process.

“We will be doing shows in the future in Thomond Park hopefully. I think we will be back next year again with something else, but it won’t be four shows in a row,” he said after the Springsteen show.

“We will be back but we need to lower expectations. This does make a statement in the entertainment world, but all the other shows we have done there have also helped; Thomond is a pretty valid venue.”

“It does put it on the map, especially with an artist like Springsteen that is willing to go these places. You have to sell it, but does it help to sell Limerick? Of course it does, it is a major boost. And also his people will say to people how good a gig it was - but we don’t have X, Y and Z for next year, it ain’t going to happen like that.”

Speaking to the Leader ahead of this week’s Munster match, taking place on Good Friday - for which the bars will be open from 5pm - Mr Cantwell said: “We have been there and back umpteen times with the main promoters and we are getting the same story in that they are concentrating and focussing on Dublin.

“It is to our detriment and Limerick's detriment - and all across the country, there is not a stadium that is really getting any business during the summer.

“I am sure it will change - promoters tell us it is cyclical and when they have something, it will come our way. It is very hard to affect it really and influence it - it is a big cost for any promoter and it is all about the availability of the acts.

“We would love to have concerts here and we are bending over backwards really to see what we can do to bring something to Limerick and Thomond Park and we will keep trying, that is for sure.”