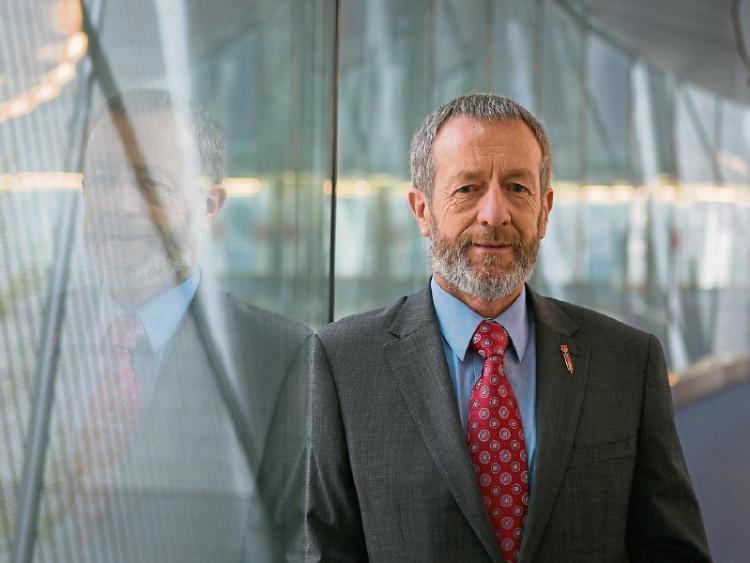 MEP Sean Kelly, leader of the Fine Gael delegation in the European Parliament

THE leader of the Fine Gael delegation in the European Parliament Sean Kelly has expressed his shock following the terror attacks in Brussels this morning.

At least 34 people are reported to have been killed following explosions at the city's main airport, Zaventum, and a downtown metro station.

Dozens of people have been injured in the attacks, which have been described as a "black day for Belgium" by the country's Prime Minister Charles Michel.

Speaking from the European parliament - where all staff have been asked to remain inside - Mr Kelly said: "Our thoughts and prayers are with the innocent victims who have lost their lives and their families who will be devastated. Many people have been injured in these attacks and will be totally traumatised."

Mr Kelly added that now is a time for solidarity in Belgium and across Europe.

The Ireland South MEP advised any Irish citizens in Brussels to stay safe and follow the guidance of the authorities.

If you have anyone in #brussels during #brusselsattack contact 014082000 to find out if they are ok. #Limerick #Ireland

Is anyone from #Limerick or with local connections in #Brussels this morning? Get in touch with us @Limerick_Leader #brusselsattack

Fellow Fine Gael MEP Deirdre Clune said the actions of a "radical minority" cannot be allowed to "spread fear and close Europe down".

"European values are under attack here in Brussels. Whilst we are shocked and saddened, our resolve is strong. We must protect core European values, such as freedom of movement and freedom of expression. These are values that we hold dear and cannot be bombed out of existence," she said.

Our thoughts are with those affected in the #brusselsattack and their families. pic.twitter.com/7g25rrTQzG

- If you are caught up in the terror attacks in Brussels, contact the Limerick Leader on 00353-61-214503 or news@limerickleader.ie