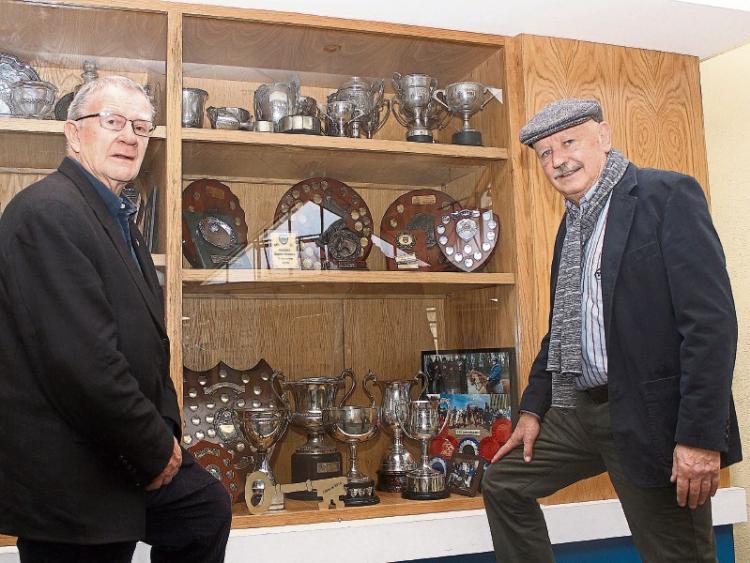 The late Dudley Herbert, pictured with Don Reddan, was an institution at Crescent. He is pictured below in class in 1988 with Fr Dermot Murray and students

When Crescent regained the blue riband of Munster Schools rugby in 1983, the Dooradoyle school was bridging a 20-year gap.

Dudley, of Newtown, Castletroy, and formerly of Achill Island, Mayo, who was an art teacher at Crescent College, Comprehensive passed away on Saturday, March 12 at Milford Hospice after an illness. 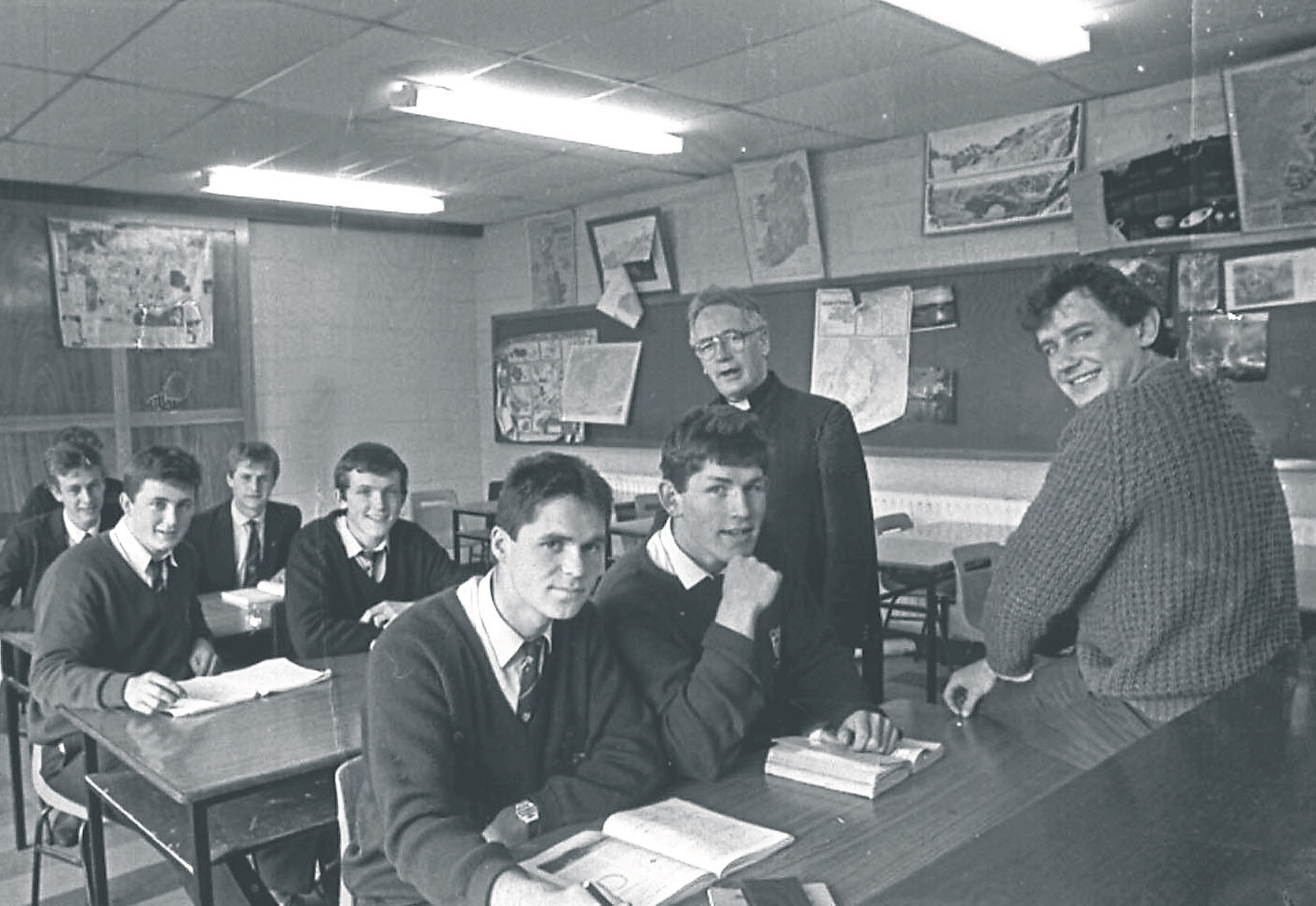 “Dudley retired from coaching in 1992. He was an unbelievable character. His coaching ability was fantastic. He served as Ireland ‘B’ schools coach, coached Munster Schools for a number of years, was secretary of the Munster Schools Committee and put everything into schools rugby.

“He had an amazing concept of the game. He was so laid back. In 20 years we never had a cross word and we never disagreed over the team, really. He was always a great character.

“I coached him at Old Crescent before he went into coaching at Crescent College. He played hooker. We would always laugh about his back. Some days, if he didn't play well, he would always complain about his back! But he did have a bad back. It eventually stopped him playing.

“He was quiet and humble. He agreed to differ and you always came to a compromise. He was never vindictive. He treated everyone the same.

“Dudley was a fantastic musician and an artist of course. He taught art. Even six or eight weeks ago they had a jamming session in our old pub in Wolfe Tone Street, himself and a couple of his friends who used to play together 20 years ago.

“His company was always sought out by people.”

Dudley Herbert is survived by wife Jackie (Kennedy) and sons Ruairi and Gavin. He is also deeply regretted by his brother Justin, sisters Niki (Jersey, CI) and Thea (St Alban’s), brothers-in-law, sisters-in-law, nephews, nieces, relatives, colleagues and his many friends.