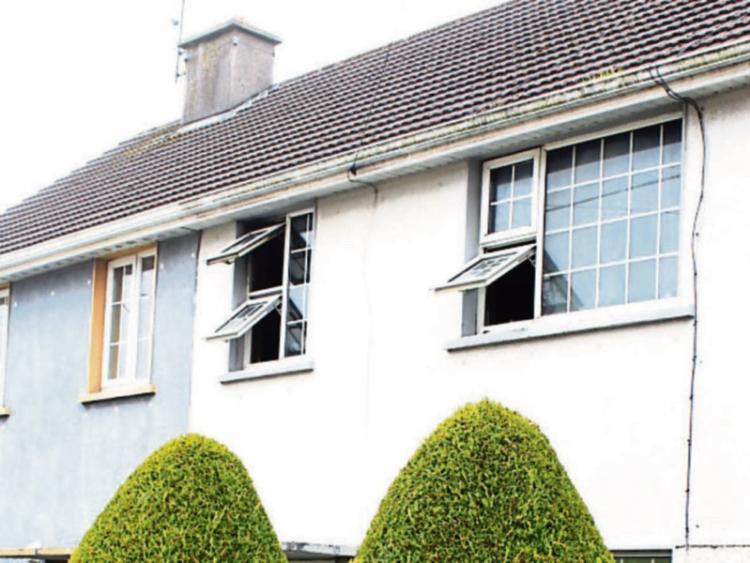 The scene of the fire in Assumpta Park, Newcastle West, last year

TIM Corbett, the pensioner who lost his life in a fire at his home in Newcastle West last September, died as a result of smoke inhalation and thermal injuries.

This was the verdict returned by the jury of six men at at the inquest into Mr Corbett’s death this Monday.

Dr Emer Caffrey, who carried out the post-mortem, told relatives of Mr Corbett who attended the inquest that she did not believe that he died as a result of heart attack.

“I believe, on the balance of probability, that unfortunately it was smoke inhalation,” she said.

“There was nothing suspicious attached to the fire,” Sergeant Gearóid Thompson said. “In our opinion it was an accident.”

The inquest heard that neighbours alerted the gardai shortly after 9pm last September 29 when they heard smoke alarms going off in Mr Corbett’s house.

When the gardai looked through the letterbox they saw dense smoke in the hallway of the house and broke a window to get access. However, the smoke was too dense to enter the house.

Two units of the fire service arrived and Mr Corbett’s body was located in an upstairs bedroom. He was pronounced dead shortly after 10.30pm.

Following an investigation Sergeant Thompson said it was “suspected the cause of the fire was due to the deceased smoking a pipe while in bed”.

And he extended his sympathy and that of his colleagues to Mr Corbett’s family and the “tragic circumstances for Tim”.

Pronouncing her verdict in line with the medical evidence, coroner Antoinette Simon BL also extended condolences to Mr Corbett’s family, who were, she said, “still visibly traumatised” at the awful circumstances of his death.

She noted that Mr Corbett was retired and had served as a peace commissioner.

Mr Corbett was alone in the house in Assumpta Park at the time of his death. He had cared for his wife Margaret there until she needed the care of a nursing home. He was the father of two daughters and also a granddad.

At the time of his death, Mr Corbett was described as a thorough gentleman and a lovely man by those who knew him.