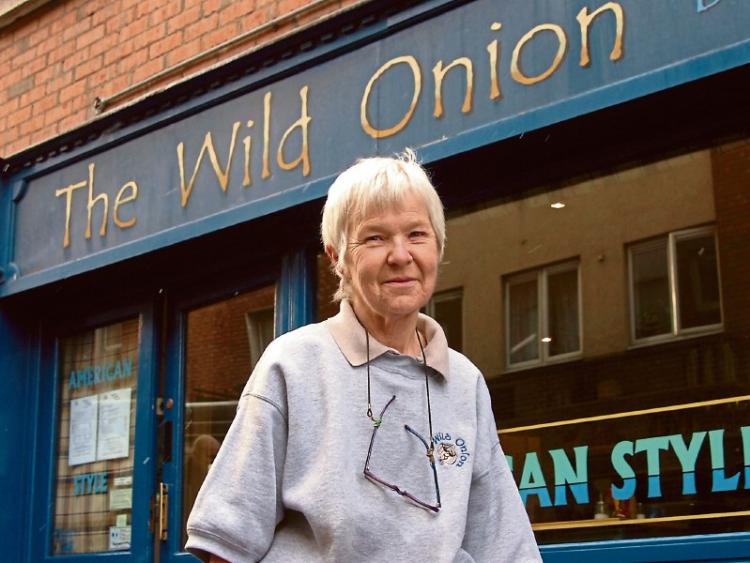 TRIBUTES have been pouring in following the sad death of the former proprietor of the Wild Onion cafe in Limerick, Ruth Di Girolamo.

Alongside her husband Bob, Ruth ran the Wild Onion for more than 11 years, initially in High Street in the city centre, before downsizing and opening a bake shop at the Ennis Road in recent years.

Before moving to Ireland, she worked as an economist in the city of Chicago. After news of her passing emerged this Monday, warm tributes were paid.

Fine Gael councillor Daniel Butler took to Twitter to say: "A huge loss of a great character. Loved the fun and chat over their tasty breakfasts.Great host."

@Nick468official @Limerick_Leader Oh no. Huge loss of a great character. Loved the fun and chat over their tasty breakfasts.Great host. #rip

@Nick468official @Limerick_Leader she will be much missed by many. A very kind, caring person behind that brisk exterior.

Siptu official Paul Gavan, Castleconnell added: "She was a great person, and always great fun to talk to. I used to stay directly above the restaurant and we were her first customers on her opening day. So sad to hear this news."

David O'Sullivan added: "I worked in The Wild Onion for a year and we won't see her likes again."

@Nick468official @Limerick_Leader I worked in The Wild Onion for a year and we won't see her likes again. Sympathies to Bob @cheecagou

Ruth will be reposing at Griffin's Funeral Home in John's Gate Village this Tuesday from 6pm to 7pm, with her funeral taking place on Wednesday, at noon in St Nessan's Church, Raheen.

She will be laid to rest afterwards in Castlemungret Cemetery.

Ruth is survived by her husband Bob, as well as her relatives and many friends.