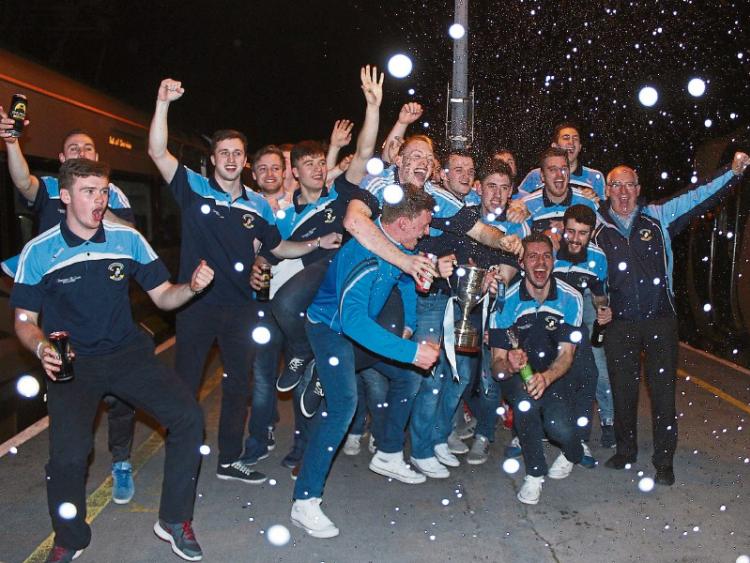 Let it flow!: The victorious Na Piarsaigh team enjoying some liquid refreshment after arriving back into Limerick Colbert station on Thursday

THERE were joyous scenes at Colbert Station as the victorious Na Piarsaigh team returned to Limerick after making history at Croke Park last week.

The Caherdavin-based club became the first Limerick side to win the All-Ireland Club Hurling Championship, beating Cushendall of Antrim by 2-25 to 2-14.

In doing so, Na Piarsaigh also became the only Limerick team to win a senior hurling final at GAA headquarters since the All-Ireland winning county side of 1973.

Tonight, Limerick people will get a chance to show their appreciation to the history makers at a special ceremony on the steps of City Hall.

The council has confirmed it will host a homecoming ceremony for the team from 6pm – and all are welcome.

The significance of the team’s achievement was not lost on the players, or the supporters, who hoisted their heroes shoulder high from the train to a coach waiting to take them back to their clubhouse where the party could really get under way. 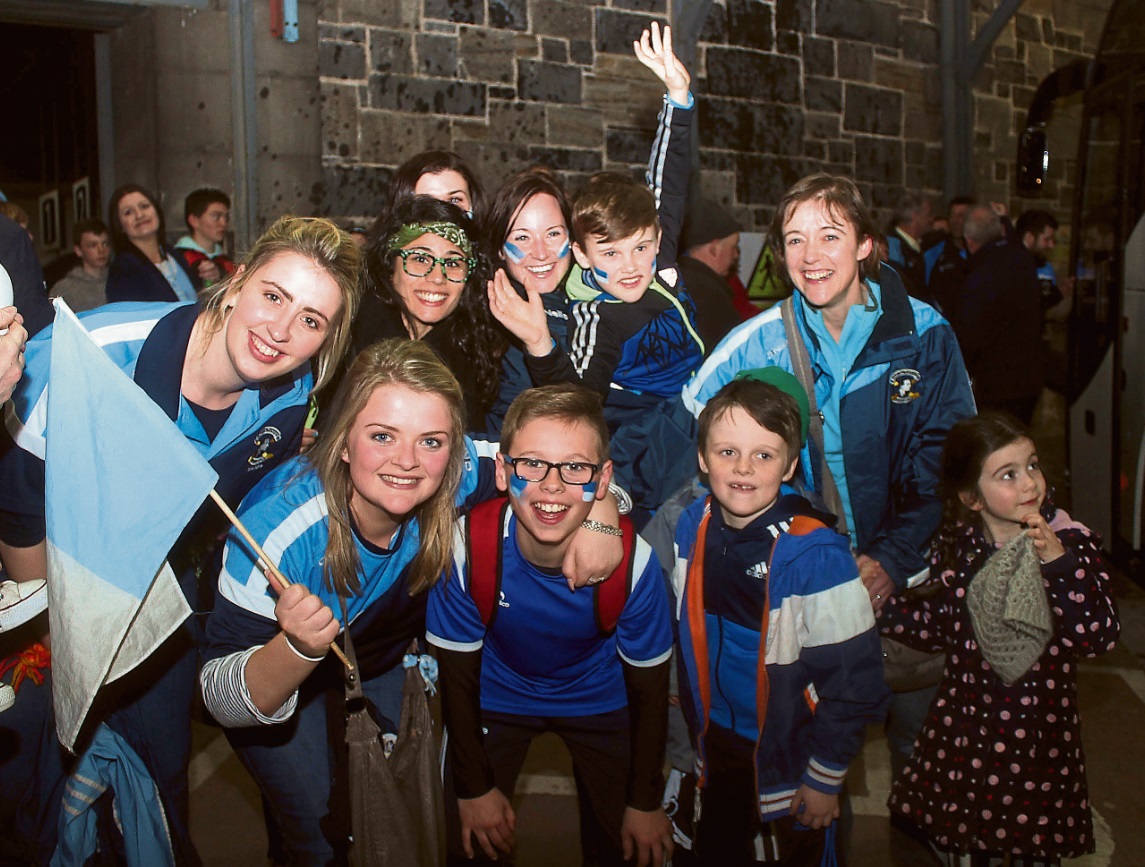 Former Na Piarsaigh chairman Timmy O’Connor revealed the players had, following their fine victory, ditched plans to take a coach back from the capital, so they could mingle with their fans on the train, which left Dublin Connolly station at 6.15pm.

It was a proud day for a man who first became involved in the club back in 1983,

Timmy reserved a special word of praise for the “brilliant” Na Piarsaigh fans.

”We will be able to mix with them coming home. The job is done now so we can relax and enjoy the rest of the night. It is great for the support, great for the kids. It is probably the first time for 99% of them being at Croke Park, so it’s a day they will relish and it will give them something to work towards in future,” Timmy added.

The council will also afford the club a civic reception, with the date yet to be decided.