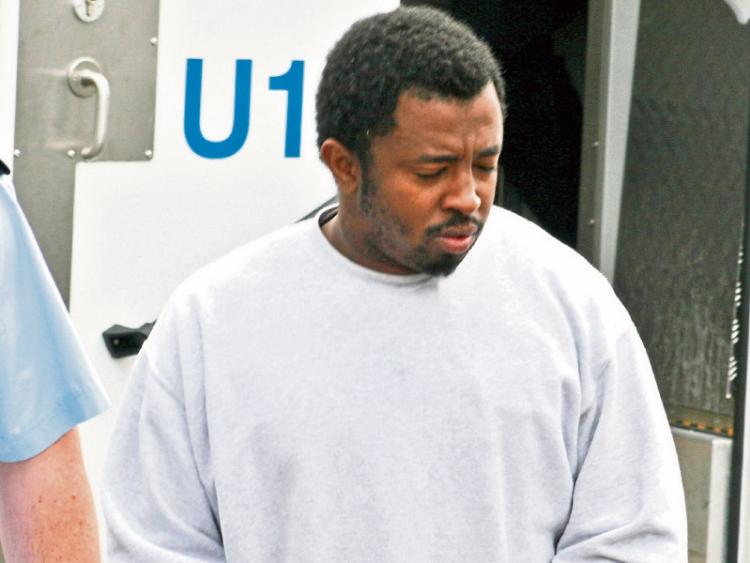 Ousmane Baah will be sentenced in May

AN asylum seeker in Limerick was hospitalised after sustaining injuries in an “unprovoked beating” when another resident in the centre took his mobile phone, Limerick Circuit Court has heard.

Ousmane Baah, who is originally from Guinea and has 51 previous convictions, was charged with the assault of another resident in the Westbourne direct provision centre on the Dock Road, on November 17, 2014.

Judge Tom O’Donnell heard that the incident happened at around 10pm, after Baah tried to enter the room of another man from Somalia. He pushed the door in and took his mobile phone.

When the victim, now 27, asked for his phone back, he punched him several times in the face and knocked him to the ground.

John O’Sullivan, BL, for the prosecution, said that the victim, who lost consciousness, said that he “felt that he might die and thought the accused was on something”.

When gardai arrived at the residence they found the victim’s face “badly busted up”, with his nose bleeding and one of his eyes swollen shut.

He was brought to hospital by ambulance, but had not suffered any fractures. He declined to make a victim impact statement.

Gardai found his phone hidden behind a toilet.

The accused was sitting in the rear of a vehicle when gardai arrived, had his top off and was shouting aggressively.

Gardai said Baah was unfit to be interviewed at first as he was intoxicated, and didn’t remember all that had happened that night.

He told gardai he had taken a number of pink tablets, and got money for drugs from gambling.

The accused, whose previous convictions include assault, theft, public order, burglary, and robbery, has been in custody since September last for this offence after he was arrested in Dublin.

Mark Nicholas, BL, for the defence, said as an asylum seeker in a direct provision centre he is precluded from working and receives €19 a week from the State.

“People in direct provision are living in a pressure cooker environment. He has a lot of time to fill, as he can’t work, and some people fill that time better than others. It was an opportunistic crime, and utterly regrettable. He expressed his remorse when he was sober,” said Mr Nicholas.

As a non-Irish national, Mr Nicholas said a custodial sentence would prove difficult for him. Judge O’Donnell advised that he should try to avoid committing offences in this case.

He noted that Baah has had court appearance “nationwide”, including in Limerick city, Listowel, Tralee, Ennis, Newcastle West, Cloverhill, Gorey, Waterford, and Ballyshannon.

He remanded him in custody until May 13, when he will impose sentence.