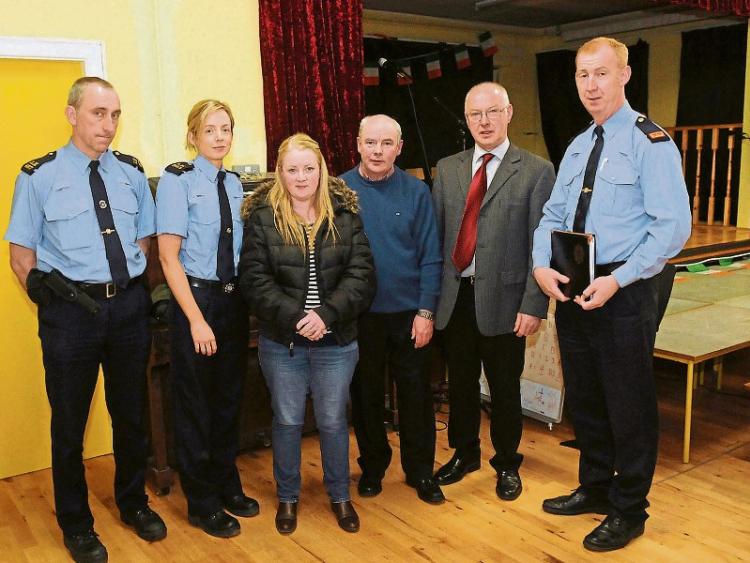 GARDAI are to put an extra six officers on duty in a crime-hit southside city community where residents have also formed a neighbourhood watch.

More than 100 residents of Janesboro gathered in Our Lady Queen of Peace national school to vent anger about crime and anti-social behaviour and also try to come up with solutions.

Insp McDonagh said: “We have sent out a document to our own staff to increase the patrols, particularly on Thursday, Friday and Saturday nights. We are increasing to have an extra six gardai on foot patrols in the area during those periods of time, and also to have two plain clothed personnel floating around to keep tabs on those young fellas who are causing terror.”

Residents shared numerous problems at the meeting, which was organised by local activist Sarah-Lee Kiely.

She said youngsters were gathering at the rail track in the centre of the estate, and proceeding to cause mayhem. One elderly  resident – who did not wish to be named for fear of reprisal – said she woke up one morning to find “a six-foot tall man” in her bedroom, going through her personal belongings.

”I have to sit at my front window to watch to see if they start throwing stones at my house. The banging on my metal roof is just terrifying,” said another.

Michael Dineen, O’Donoghue Avenue, who chaired the meeting, said: “I had the window of my front door put in by stones. They are picking up stones and going around with this ammunition in their pockets. It is just total vandalism which needs to be checked.”

It is hoped there will be one representative from each street involved in the neighbourhood watch scheme. Mr Dineen added: “I am very sad we have to come down and do this. We are celebrating 100 years since 1916. All the avenues here in Janesboro are named after the heroes of then. They would be turning in their graves to see what is going on.”