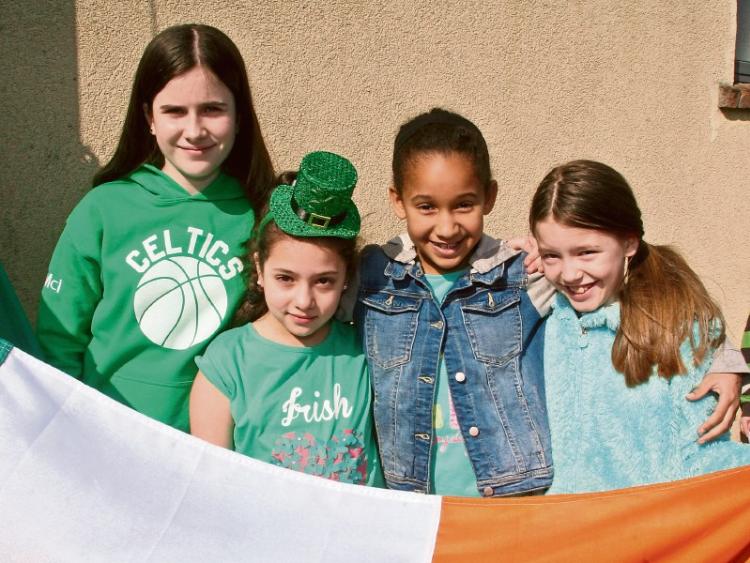 PRIMARY schools all over Limerick city and county took advantage of the gorgeous spring weather to celebrate Proclamation Day this Tuesday afternoon.

All over the country, as part of the 1916 centenary programme, pupils were tasked with writing their own Proclamation, which was read out after the raising of the tri-colour flag and the singing of the national anthem.

O’Connell Avenue was one of many city areas to be bursting with patriotism, as pupils at Limerick School Project celebrated Proclamation Day with their parents, teachers, Minister for Education Jan O’Sullivan and newly-elected TD Maurice Quinlivan.

Before the national flag was raised by two pupils, principal Orla McCoy congratulated the school’s efforts, and said that their own Proclamation will hang next to the original “for generations to come”.

Minister O’Sullivan said Proclamation Day was about commemorating the events of 1916 and re-imagining Ireland’s future.

“That is why the schools have been asked to write a Proclamation for the future, and I know everybody got really involved.

Deputy Quinlivan said that he was “delighted” to be attending the celebrations at the school.

“One of the kids over there suggested that I ask the teachers to give them no homework tonight,” he added, which prompted a chorus of cheers from the children.

“A line in the Proclamation got me involved in politics and that is ‘cherishing all the children of the nation equally’, and hopefully we will be able to deliver the Republic that the men and women of 1916 fought for.” 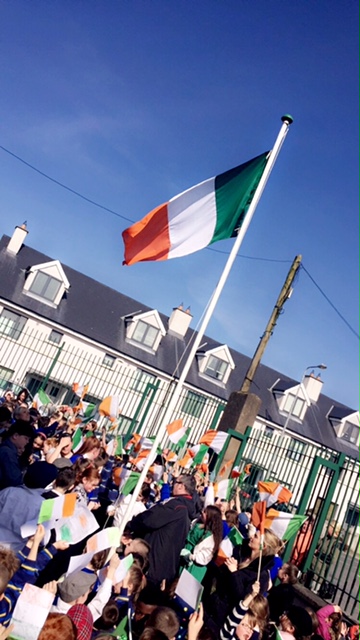