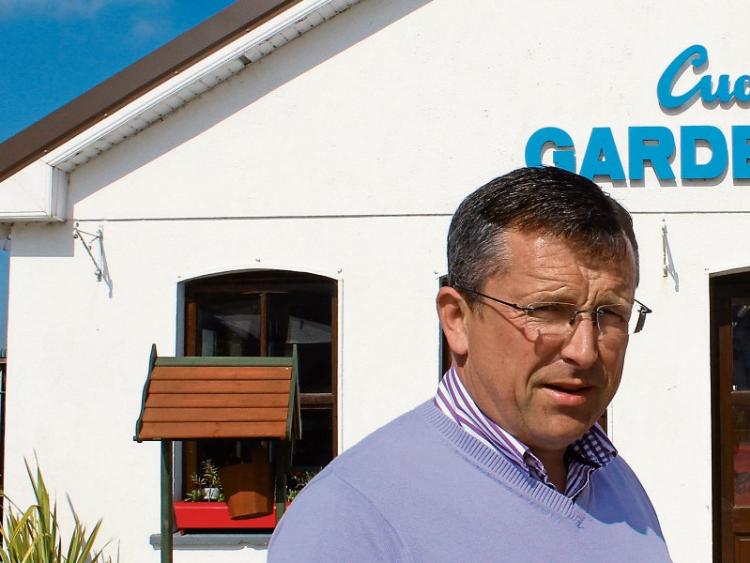 MIKE Guerin has been a counsellor in Bruree House for the best part of 10 years and in that time has seen a 50% increase in the number of gambling addicts presenting for treatment.

Internet gambling and smartphone apps has hastened their progression.

“They tend to bottom out in their compulsive gambling careers far younger than they did when they actually had to physically go to the bookies and hand money into the cashiers,” he says.

Now you can bet on volleyball matches in the Philippines at 4am on your phone or computer.

A cashier has to satisfy themselves that the person betting is over 18 but on-line there are ways of getting around this.

Mike makes the point that betting adverts feature prominently during ad breaks of many sporting events.

“The alcohol industry has seen increased regulation in terms of advertising and something similar needs to happen with gambling. There doesn’t seem to be the same recognition of the potential that gambling has to cause similar effects.

“What really worries me about gambling is the handing out of free bets. I have a betting account for Cheltenham and the Grand National – I might put on a dozen bets a year.

“Every so often I get an email saying €10 has been added to my account and click here to access it. Your automatic reaction is to click on the link as it’s free. If you have any addictive predisposition at all you’re in.

“It is the very same as someone sending you an email saying there is a free pint in the local pub for you if you’d care to come down and drink it.

“If the alcohol industry attempted to give out free booze to people in order to get them to consume alcohol quite rightly there would be uproar,” said Mike.

Another issue he raises is bookies closing or placing restrictions on those who have a history of winning yet losers can have as much on as they like.

“There should be a duty of care. The focus in this country where addiction is concerned from a public perception point of view is primarily on alcoholism because it is so widespread in Ireland.

“Second of all it is focused on drugs because people equate it with crime and anti-social behaviour. Gambling tends to come further down the ladder.

“If anybody thinks that gambling doesn’t kill people they are wrong.

“The danger of it is the lack of an upper limit and the fact that the consequences can be kept secret for so long and by the time it unravels the gambler has got themselves into such a situation mentally, psychologically and financially there can be only one way out in their eyes.”