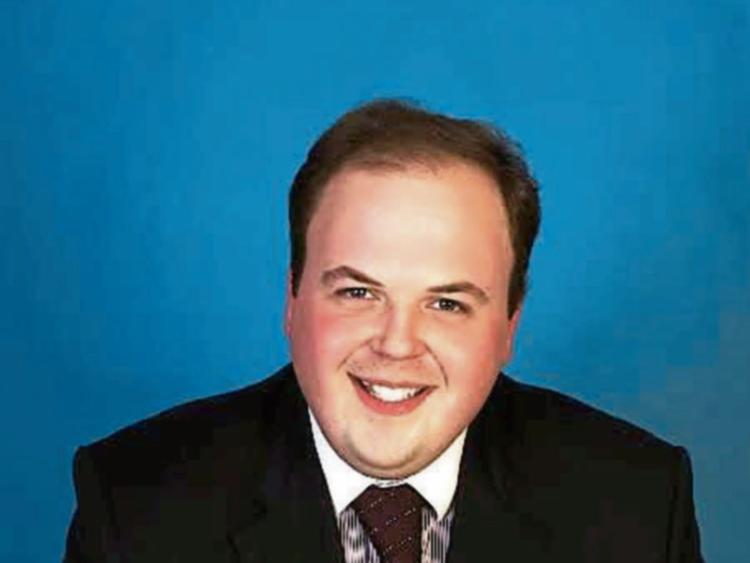 Adam Teskey who is seeking cooption

A BIG push is under way to fill four vacancies on Limerick City and County Council ahead of the Seanad elections.

Fianna Fail has two seats to fill, with Fine Gael and Sinn Fein having one each. And the race is on to fill these seats at next week's council meeting, the last full scheduled meeting before the Seanad elections are finalised at the end of April.

As the county’s newest TD Tom Neville took his seat in the Dail for the first time, two party colleagues, former councillor Leo Walsh and Adam Teskey have taken to the campaign trail.

They are canvassing party members in the Adare Rathkeale area who are the only members eligible to vote at Sunday’s convention in Adare which will decide who will be co-opted to Tom Neville’s seat.

Mr Walsh was co-opted on to Limerick County Council for the Castleconnell area in 2007  following the election to the Dail of Kieran O’Donnell.

He stood in the Adare electoral area in 2009, when he topped the poll, but in 2014 he opted to stand in the redrawn Limerick City East municipal district and failed to be elected.

“It was divided three ways,” he said this week. “I had to make a choice and I probably made the wrong decision.”

He is now looking to be co-opted again, this time for Adare-Rathkeale, believing he can best represent this predominantly rural area.

Adam Teskey, from Reens Pike, believes he has youth on his side. He told the Leader that, at just 26, he has more than 14 years of active involvement in the party and was one of the youngest ever to take on the chairman’s role in Young Fine Gael in Limerick.

“I feel I am best placed in the area to represent the people of the area,” he said and he cited public frustration over law enforcement and policing as well as farming issues among his concerns.

Both candidates have been travelling around meeting party members in advance of Sunday’s convention.

Meanwhile, the three remaining seats to be filled are in the city. But according to some sources in Fianna Fail,  tension has been building in the party between the O’Dea camp and the Collins camp over their two co-options.

The expectation is that Cllr Crowley’s daughter, Vivienne, a 23-year-old law graduate, will secure the co-option. However, competition is intense in City East for the seat vacated by Mr Clifford.

The Fianna Fail constituency committee was due to meet this Thursday night. Following this, nominees will have received correspondence explaining to them what happens next.

“At the first election of the new Fianna Fail parliamentary party, Micheál Martin said that any new co-options must be to candidates who have a strong and realistic chance of being re-elected at the next local election,” a party source said this week.

This, the source added, may see a direction come from head office on which candidates run in the city.

In particular, Fianna Fail will be likely to ensure there is a strong candidate in the Castletroy area.

The party sees it as fallow territory after Fine Gael TD Kieran O'Donnell lost his seat in the recent general election.

However, Annacotty’s Joe Pond said he would prefer to see a selection convention.

“I don't see why headquarters should have a role in it really,” he said, “I have had a good few members onto me saying they want to have a say on who is going to represent them. They are adamant there should be a convention.”

Sinn Fein will decide on March 19 who will replace their new TD Maurice Quinlivan in the Limerick City North district, where he comfortably topped the poll in 2014.