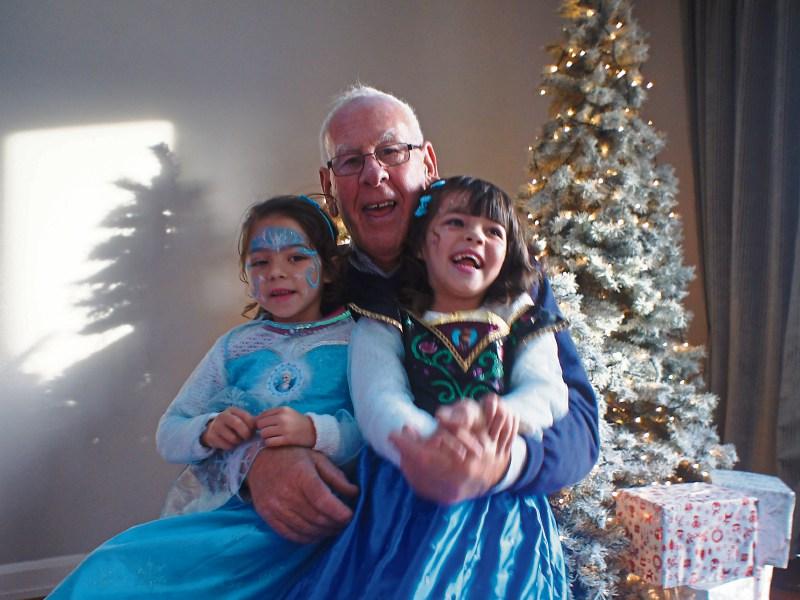 Shay Kinsella, of Share a Dream, with Alexandra Costa Burke from Effin, and sister Vanessa on her dream day

A LIMERICK girl who passed away aged five in January will be remembered this Sunday at a special event in Bulgaden Castle, Kilmallock.

Alexandra Costa Burke, who suffered for a rare form of cancer, would have celebrated her sixth birthday on March 4 last.

In her honour, her mum Tracey, with the help of the Share a Dream Foundation, which makes dreams come true for sick children, will hold a concert in Bulgaden this Sunday, March 13, at 3.30pm, in memory of their “beautiful angel Princess Alexandra”.

Mum Tracey said her little girl was diagnosed with rhabdomyosarcoma when she was less than two years old and at the time was given three weeks to live.

”What she suffered no child should go through,” she said. “She had chemotherapy which was very hard on her, and what she went through afterwards was very hard.” While she began to improve, her condition deteriorated last October and their “worst fear  became a reality”.

“She was diagnosed again with a tumour behind her right ear and a tumour in her spine.  Then after that I found more tumours in the her head.  There was no cure this time. She suffered no end; she couldn’t walk, her appetite was gone, her breathing deteriorated, and eventually stopped.  What she suffered for six weeks I will never ever forget; no child should suffer like that. It was heart breaking to watch her suffer”.

Tracey said when the family were at their lowest she contacted Shay Kinsella of Share a Dream to see if he could make her dream come true.

“As Alexandra was very ill and we were told she may not see December 25 we asked Share a Dream if they could bring Christmas forward to November and maybe make Alexandra’s dreams come true.”

Alexandra wanted to be a princess for a day, alongside her sister Vanessa. And she got her wish.

“What Shay and Share a Dream did for us can only be described as unbelievable.”