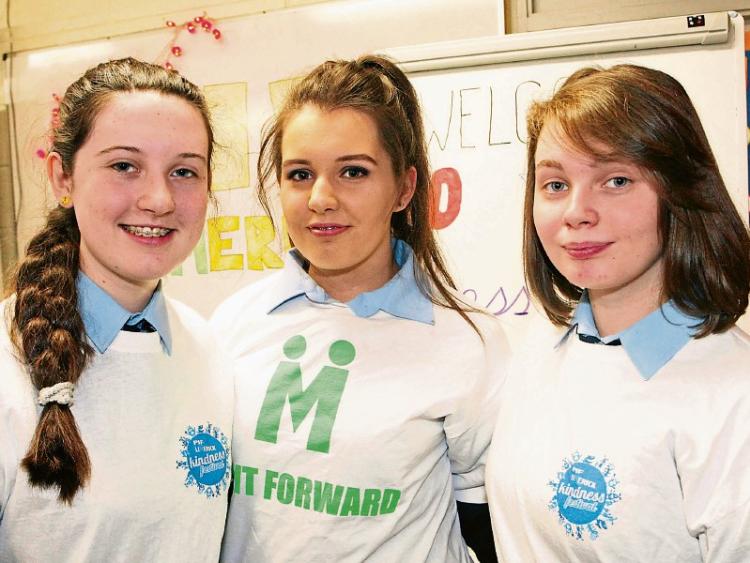 A SPECIAL festival which focuses on random acts of kindness returns to Limerick for a second time this weekend.

The Pay it Forward Kindness Festival starts this Friday evening, with free events centred around goodwill running through until St Patrick’s Day the following Thursday.

The brainchild of a committee headed by Corbally man Michael O’Mahony, the festival exists to show Limerick, its people and its communities in the best light possible.

Speaking at a launch event in Ardscoil Mhuire, Corbally, Michael said: “I want this festival to be a vote of confidence in humanity.”

A total of seven events will take place, with the centrepiece being a family fun day in Bedford Row on Saturday. There will be face-painting, art and music. 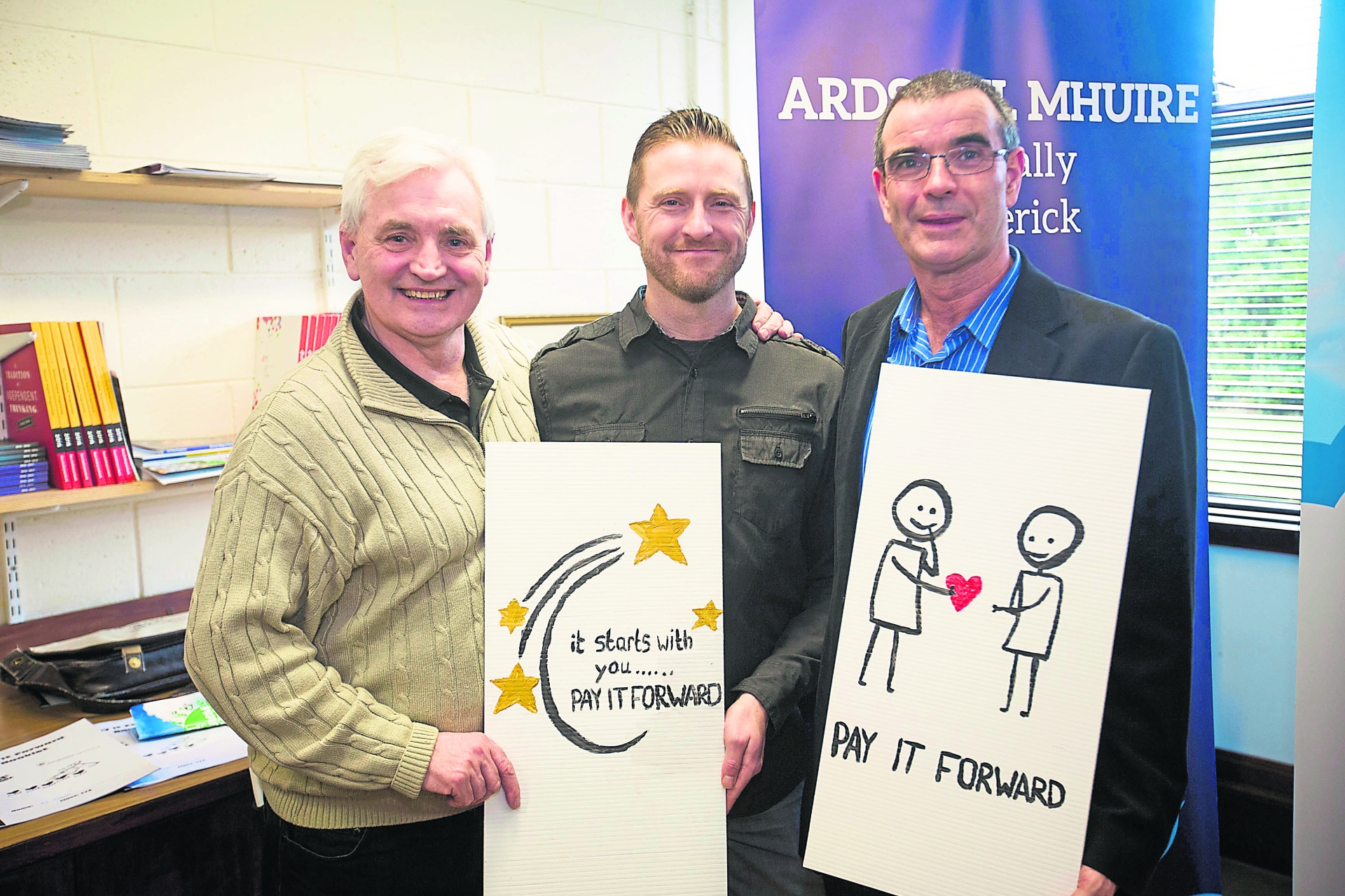 Free cups of tea, coffee and cakes will be given out, while there will be an opportunity for people to go kayaking and boating on the River Shannon.

To help people recover from this, Sunday is designated as a ‘pamper day’, with yoga, reiki, massages and reflexology taking place at Dromroe Village Hall at the University of Limerick.

Through Monday, scouts and girl guides will be out in the community to carry out random acts of kindness, while the festival will als ogive a nod to local unsung heroes such as staff of hospitals, the fire brigade and voluntary organisations.

The festival will conclude on St Patrick’s Day, with Pay it Forward entering a float into the Limerick parade, giving out free sweets along O’Connell Street. A number of businesses have rowed in behind this initiative – the Savoy Hotel is offering lunch for people working during the family fun day, while EBS has donated two tickets to an Ireland rugby match, which will be raffled off.

“Let's have a revolution of kindness. Let's be kind to each other. Let’s support each other. That's what we are about.”

Education Minister Jan O’Sullivan also lent her support to the initiative, joking that she had received 8,187 “acts of kindness” to secure her re-election to the Dail.

Ardscoil Mhuire principal Brid Herbert said the girls in her school had really bought into the Pay it Forward initiative.

They made cakes for the launch of the event yesterday.