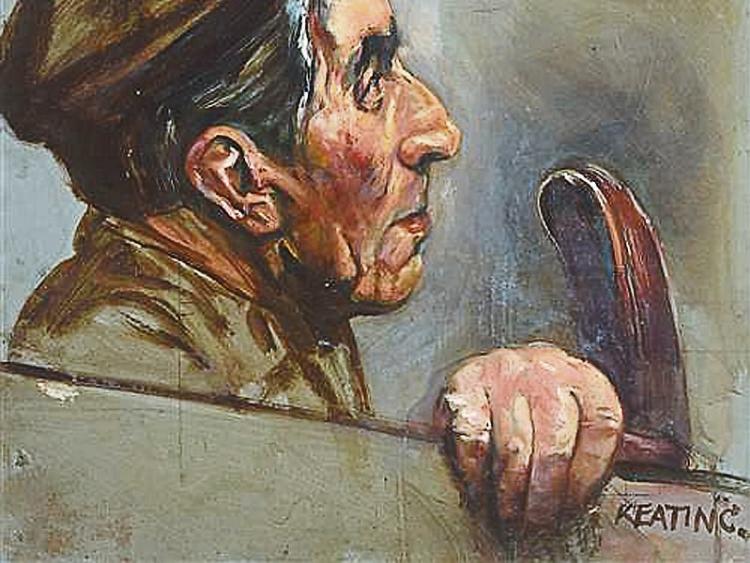 A Study of Dustman Reilly for the Key Men, by Limerick painter Sean Keating, failed to sell at a Whyte’s art auction, last week

A SEAN Keating painting worth €20,000 and a charcoal illustration of former Irish president Eamon de Valera worth €3,500, failed to sell at a recent Whyte’s art auction.

Works produced by the iconic artist went under the hammer, at Ballsbridge on February 29.

Two drawings consisted of a sketch of Éamon de Valera, valued up to €2,000; and a sketch of Erwin Schrodinger, which sold for €2,100.

Keating, who was honoured Freeman of Limerick City in 1948, was a member of the Royal Hibernian Academy and was an active, influential artist since 1915. In 1950, he was made president of the RHA.

The Limerick artist was awarded first prize for one of paintings at the 1939 World Fair, in New York.